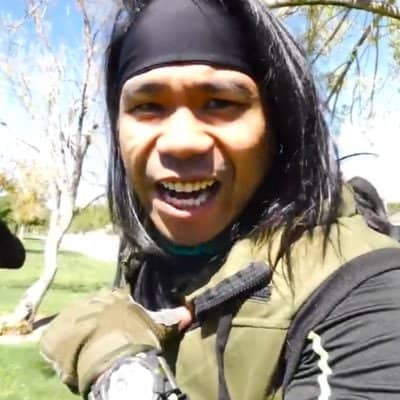 What is the relationship of Melvin Achanzar?

Melvin is currently single. He has always prioritized his career and is a hardworking content producer. He has never been spotted dating or having a relationship with anyone.

Furthermore, his favorite hobby is gaming and martial arts. Likewise, he prefers Starbucks drinks like Mango Dragon fruit refresher and coffee among others.

Melvin Achanzar is an American YouTuber and content creator. He is popular as Melvin PZ9 the Best Fighter among his supporters. He gained hype for being a member of the Project Zorgo group.

Melvin Achanzar was born on September 18, 1990, in Las Vegas, Nevada, United States. As of now, he celebrated his 32nd birthday.

He has not provided any information on his parents. Likewise, he grew up in his hometown with his sister, Regina who is very close to him.

Achanzar holds an American nationality and his ethnicity is Filipino-American. His birth sign is Virgo.

There are no specifics on his educational details.

Melvin made his debut appearance on September 27th, 2018. He fought Youtube stars Chad Wild Clay and Vy Qwaint on a battle royale. He launched his Youtube channel on July 8th, 2019, and started uploading gaming videos. On December 27th, 2019, he revealed his face to the Spy Ninjas.

His channel is famous for its content of Roblox videos, comedy videos, gaming videos, challenge videos, and shorts. Moreover, he is a former member of Project Zorgo and the former secondary antagonist of the story arc.

Melvin has not yet won any awards. However, looking at his talent, he might win some of them in the time ahead.

Speaking on his income, he makes a decent sum of money through his successful youtube career. However, he has not revealed his salary, net worth, or asset value.

Melvin has maintained a clean profile as of now. Therefore, there are no rumors or controversies yet.

Achanzar has an average height and he weighs moderate. Similarly, he has long black hair and a black beard. He has got black eyes.