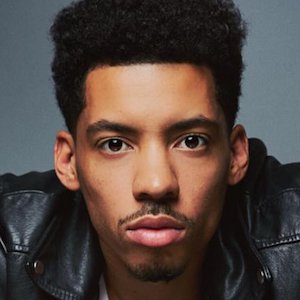 Who is Melvin Gregg?

Melvin Gregg is an American actor and internet sensation who is immensely eminent for his work as a YouTuber and an actor with a role in the films Alpha House and A House Is Not a Home.  He is very versatile with immense popularity in the now-defunct video application, vine.

Melvin Gregg was born on September 22, 1988, in Portsmouth, Virginia, United States of America. His nationality is American and his ethnicity is North American.

Melvin Gregg was born to American parents and was raised in the same place where he was born. He was raised by her parents along with her younger sister. From the very early age of life, he was interested in pursuing a career in the entertainment field.

Melvin Gregg initiated his career as an actor with a landing role in feature films Alpha House and A House Is Not a Home and in 4 episodes of a show called Whatever. But, he gradually set him as a Viner and a YouTuber and is considered as one of the demanded Viner in the United States. He has over 3.8 million followers on the Vine and was named as the Top 100 personality on Vine. Also, he has over 476k subscribers on YouTubers along with 2.7 million followers on Instagram. He has collaborated with top Viners such as Curtis Lepore, Anwar Jibawi, Logan Paul, and more.

Melvin Gregg: Salary and Net Worth

He has an estimated net worth of Approx $4 million (USD).

Melvin Gregg has a height of 6 feet 2 inches and weighs 75 kg. His hair color is black and his eye color is brown. His shoe size is unknown.