Melyssa Ford is a well-recognized Canadian actress, media personality, and former video vixen. Melyssa Ford is not having an affair with anyone presently 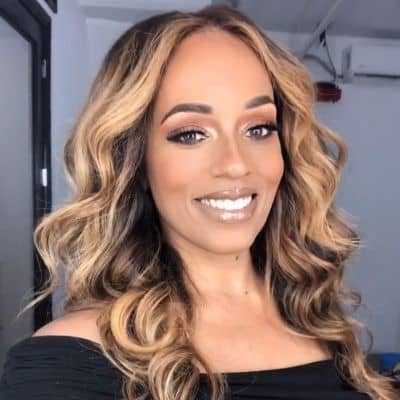 Talking about her relationship details, Melyssa Ford is presently single and she is not dating anyone at the moment. However, the star was in a relationship with several guys in the past time. Ford dated rapper Flo Rida at the start of 2011.

The former couple dated for about a year and a half and separated in December 2012. Earlier, she was in a relationship with rapper 50 Cent based on the flirty exchanges on their social media.

Other than that, Melyssa has been linked to Drake, Andre Benjamin, Kerry Rhodes, Bryan-Michael Cox, Tyrese Gibson, and Nelly.

Who is Melyssa Ford?

Melyssa Ford is a well-recognized Canadian actress, media personality, and former video vixen. Melyssa Ford is widely known for Think Like a Man(2012), Three Can Play That Game(2007), and Entourage(2004).

Moreover, she has featured in music videos for popular artists like R. Kelly, Lil Jon, and Ludacris.

Melyssa Ford was born on 7 November 1976. At present, she is 44 years young model. Likewise, her birthplace is Toronto, Ontario, Canada.

Melyssa is the daughter of her West-Indian father and Caucasian mother. Moreover, she has not shared her sibling’s information in the public till now.

Talking about her nationality, Ford holds a Canadian identity whereas her ethnicity is Russian, Norwegian, Barbadian.

Regarding education, the model studied at York University and studied forensic psychology.

Melyssa first met a music video director, Little X while she was working as a bartender. Since then, she has been featured in music videos, men’s magazines, television programs, and films.

She then started a podcast on YouTube named I’m Here for the Food. The podcast last premiered in November 2020. It included a host of guests and consist of topics like colorism, human trafficking, and forgiveness.

Melyssa in addition has also performed in the music videos of a host of hip-hop legends like Ghostface Killah, Jay-Z, and Ludacris.

A famed multi-talented star, Ford has earned a handsome amount of money from her profession. She lives a lavish lifestyle along with her family.

It is reported that Melyssa Ford has an estimated net worth of $2 million.

Melyssa has never been part of any controversial matter or rumors till now. The star has been preoccupied with her professional and private life.

It seems that Ford prefers enjoying her personal life and does not want to merge it with her professional life.

44 years star, Melyssa has beautiful looks and an admirable personality. She stands at a height of 5feet 4inches. Also, she has a balanced body weight of 65 kg.

Furthermore, Ford has light brown eyes whereas her hair is brunette.

Regarding her social media presence, Melyssa Ford is an active personality on social media. Melyssa has more than 424k followers on her official Instagram account @melyssaford.

Moreover, Ford is also available on Facebook with nearly 763k fans and supporters.