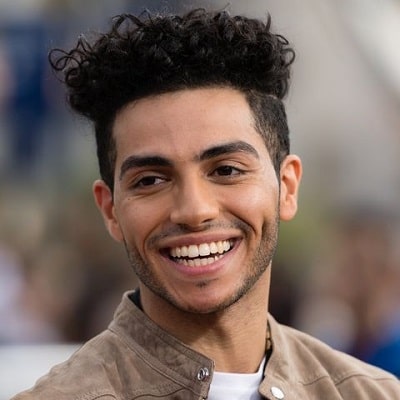 Mena Massoud is currently single. Also, he has not been linked with any other celebrities. He is currently focused on his career. Hope, he will soon find the perfect one.

Who is Mena Massoud?

Mena Massoud is a Canadian actor who is best known for his work in Disney’s live-action remake of ‘Aladdin’, 2015 Canadian series ‘Open Heart’, and Amazon Prime series ‘Jack Ryan’.

He was born on September 17, 1991, in Cairo, Egypt. Mena was born to Coptic Christian parents and had immigrated to Canada when he was three years old. He was raised in Markham, Ontario. He has not disclosed his parent’s names and childhood. His sister’s name is Margaret.

Mena holds Canadian citizenship but his ethnicity is unknown.

He started his professional career in 2011. He debuted his career from the TV series ‘Nikita’ and guest-starred in ‘Combat Hospital’ in the same year. In addition, he gave the main voice role in ‘The 99’ and had a recurring role in ‘Poser’. Likewise, he appeared in TV series ‘Cut to the Chase’ and ‘King’ in 2012.

He was nominated for Teen Choice Award in the category Choice Sci-Fi/Fantasy Movie Actor for ‘Aladdin’ in 2019.

He must have accumulated a huge sum of money from his career however, he has not disclosed his exact net worth, salary, and income.

It seems Mena has not been involved in any rumors and controversies in his personal and professional life till date.

Mena Massoud has a height of 5 ft. 8 inches and weighs 75 kg. Also, he has dark brown eyes and black hair. He wears shoes of size 9(UK).