Mendeecees Harris is married to Yandy Smith on 25th May 2015. They married on television live.

The couple also has two children together, Omere and Skylar Smith.

He was in relation to Samantha Wallace. They also have a child named Lil Mendeecees. But they get separated.

After that, he had a fling with Erika DeShazo. They together had a child, Aasim. 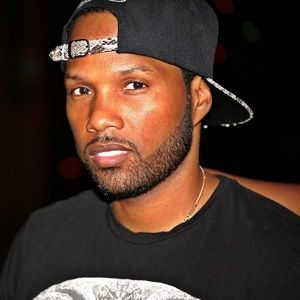 Who is Mendeecees Harris?

Mendeecees Harris is one of the American realtor and entrepreneur. He is also a well-known music manager and reality TV star famous for his appearance in the VH1 reality TV series ‘Love & Hip Hop: New York.’

He appeared on the show in the 3rd, 5th, and 6th seasons. He has also owned the music-recording studio named Beat Factory in The Bronx. It has now managed to emerge various rappers based in New York City.

Mendeecees was born on October 26, 1978, in Harlem, New York. His father’s name is Roberto and mother’s name is Judy Harris. His parents are Panamanian by birth. Harris was raised by his single mother. He also has a brother named Tyrus in his family.

He and his brother were accused of being addicted to drug trafficking. His family members, including his mother Judy and his former partners, Samantha and Erika, have appeared on the reality show during multiple seasons. Information about his education history is unknown.

Mendeecees Harris started his career as an entrepreneur. He was involved in the real estate industry and later only he moved to the music industry.

He started his career in the music industry firstly by founding the music-recording studio Beat Factory in The Bronx. Then he produces different rappers. His exposure in the music industry was good enough and it helps him to foster in the music world. Moreover, he also has a good relationship with Yandy Smith. Then he gets a supporting role in the third season of the VH1 reality TV series Love & Hip Hop: New York through his relation.

He was in the show when he was involved in an affair with Yandy. He furthermore married Yandy on the show stage. It was shown live on television in a special episode. From this incident also they gain more viewers. working along with Yandy, he also becomes one of the most popular stars of the show. He gets featured in its three seasons.

Apart from this, he has also made voice appearances via telephone conversations in a couple of seasons while serving in jail.

Harris has built a good career and has good earning. As per 2022’s data, his net worth is $400 thousand. Though his salary is unknown.

Mendeecees has been involved in various controversies. In the year 2013, he was accused of sexually assaulting a teenage girl back in 2009. He involved in various criminal work. He was arrested for that sexual assault but it was jailed only for few months.
Again he gets involved in trafficking cocaine and heroin.  And for it, he again was sentenced to eight years of prison on December 1, 2015. Apart from these kinds of legal issues, he also has controversy about his involvement with a number of women who gave birth to his children.

Mendeecees Harris stands with a height of  5 feet 9 inches (1.75 m). His weight is 77 kg or 170 lbs. Likely he has brown colored eyes and black colored hair.

Talking about his dress up, he usually wears a baseball cap. He loves to wear hip hop clothing. He wears 10 US shoe size. Likewise, his chest size is 45 inches, waist size is 34 inches and arms / Biceps size is 15 inches.