Updated On January 31, 2023 | Published By: Claude Payton
Share this
Married 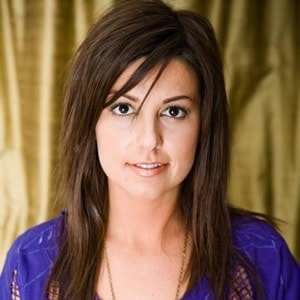 What is the relationship of Meredith Andrews?

Meredith Andrews is a married woman. She is married to her longtime boyfriend, Jacob Sooter. The couple tied the knot in May 2008.

They have welcomed three children. She has not revealed her children’s names.

Talking about her past relationship, she has not revealed it.

Who is Meredith Andrews?

Meredith Andrews is a contemporary Christian music artist, worship leader, and songwriter. She has been awarded two Dove awards in her career.

Meredith was the only child of her father and mother but they served as foster parents and they adopted three more. She used to sing using her hairbrush as a mike.

She was graduated from Wilson Christian Academy and later attended college at Liberty University in Virginia.

Meredith Andrews released her new single ‘Not For a Moment (After All)’ on iTunes. The song became successful and ranked in the top 20 songs of the year 2013.

She was also associated with the Vertical Church Band at Harvest Bible Chapel in Chicago. She and her family reside in Nashville since 2016 and she released the album ‘Deeper’.

Since 2012, this artist is associated with a band named Vertical Worship.

She was awarded two Dove Awards which include ‘Worship Song of the Year’ for ‘How Great Is the Love’ from As Long As It Takes.

And another for As Long as It Takes, which was awarded ‘Praise and Worship album of the year’.

How much does Meredith Andrews earn?

She has an estimated net worth of around $16 million and her main source of earning is from her professional career.

She loves to keep herself away from media and she has not been involved in rumors and controversies in her professional life as well as in private life.

Meredith Andrews has got dark brown air and dark brown eyes. She has a height of 5 ft. 4 inches and she weighs 53 kg.

Other body measurements like waist, bra size, etc. are not available.

To know more about Paul McCartney, Amy Grant, and Tom Hughes, please click on the link.