Meredith Eaton has been married to a professional photographer, Brian Gordon, cartoonist, and creator webcomics. They tied the knot on October 12, 2008. They have welcomed a daughter. Brian previously worked as a voice actor.

Previously, she married Michael Gilden from 2001 until his suicide by hanging himself on December 5, 2006. 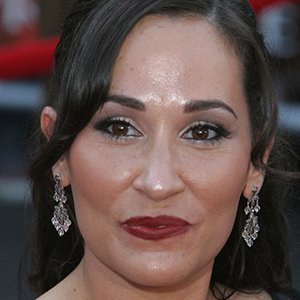 “I have been stared at my whole life because of my height. Now, it is nice to finally be stared at for a different reason.”

Who is Meredith Eaton?

Meredith Eaton is an American actress and she loves to refer to herself as a short-stature actress because of her small height. She is famous for her role as attorney Emily Resnick on the CBS television series ‘Family Law’ and for her recurring role as Bethany Horowitz on the ABC series ‘Boston Legal’. Being just 4 feet, she is also known as a dwarf actress.

She was born on August 26, 1974, in Long Island, New York, USA. Her birth name is Meredith Hope Eaton and she is currently 44 years old. Her father was an administrative law judge and her mother was a clinical social worker.

She played piano at the age of seven. Nina Eaton, her grandmother, is one of the Founders of United Cerebral Palsy.

She holds American citizenship and her ethnicity is unknown.

She joined Hofstra University in Hempstead, New York, and graduated from there in 1966. She achieved her degree in interdisciplinary studies and minored in theatre. She was an active member of the Delta Phi Epsilon sorority during her college time. She was named by Hofstra University as their Alumnus of the Month in June 2007.

She debuted her acting career after she attended an open casting call for the comedy film ‘Unconditional Love’ in 1999. She was auditioned for the role of Maudey Neasley and won over 500 women from Canada, the USA, and the UK.

The film was released in 2002. She was discovered by Paul Haggis, screenwriter after watching her performance and provided the role of Emily Resnick on ‘Family law’ in 2002 but the show was canceled in the same year.

She appeared as herself in a History Channel Documentary on the Ovitz family which was titled ‘Standing Tall at Auschwitz’ and in an independent documentary on dwarfism ‘No Bigger Than a Minute’, which was aired on the PBS program ‘P.O.V’.

She portrayed the role of Bethany Horowitz in ‘Boston Legal’ in 2006 in which the role was written for her by David E. Kelley.

She played the recurring role as Carol Wilson on CBS’ ‘NCIS’ for over six seasons and its spin-off ‘ NCIS: New Orleans’. She starred opposite Christopher Walken and Bill Nighy in David Hare’s ‘Turks & Caicos’ in 2013.

She played the series regular on the CBS show ‘MacGyver’ in 2016 where she portrayed the role of Matilda ‘Matty’ Webber who is MacGyver’s boss and the new director of operations at The Phoenix Foundation.

She has an estimated net worth of around $1.2 million as of 2022, and she has earned that sum of money from her professional career.

She likes to keep her lips tight. She has not been involved in any rumors or controversies in her professional career.

She has a height of 4 ft. 3 inches and she weighs. She has got brown hair and brown eyes. Her body measurement is 29-25-33 inches.