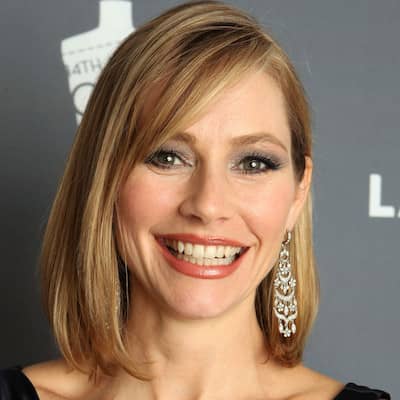 Meredith Monroe is currently in a married relationship. She exchanged vows with Steven Kavovit in Aug 1999. Her husband was born on January 7, 1970.

They met each other in 1997 and started to date. Their wedding was held in Hawaii and it was a small ceremony attended by close family and friends.

This couple in late 2014, welcomed their twin children, one boy and another a girl.

Who is Meredith Monroe?

Meredith Monroe an American actress. She is known for appearing in Dawson’s Creek, Criminal Minds, and more.

She played the role of Carolyn Standall for 10 episodes of 13 Reasons Why (TV Series).

Her birthdate is 30 Dec 1969 but she was born in Houston, Texas, U.S. Her full name is Meredith Leigh Monroe.

The names of her mother and her father are unknown but they separated in 1971.

Meredith’s ancestry is Caucasian and as per her academics, she graduated from Hinsdale Central High School.

Meredith Monroe started her acting career in 1997 from Dangerous Minds (TV Series) as Tracy Daiken.  She also appeared in big movies such as The Year That Trembled in 2002, Vampires: The Turning in 2005, Wake 2009, and more.

Her recent appearances were in Transformers: Dark of the Moon, The Edge of Seventeen, and Born Bad.

But her popularity is with a TV series named Dawson’s Creek (1998-2003) as Andie McPhee. Meredith was also seen in Criminal Minds as Haley Hotchner, Hart of Dixie as Alice Kincaid, plus Watsky’s Releasing an Album as Tonya.

Some of her other notable acting credits are,

She has collected an estimated net worth of around $1 million as of 2021. But, the salary and other earnings from her career are not disclosed.

This 13 Reason Why star is keeping herself away from rumors and desperate scandals.

Regarding Meredith Monroe’s body features, her height is 5 ft 6 inches and her body weight is 59 kg.

Moreover, her eyes are hazel and her hair is light brown. Her skin complexion is fair but her body stats are 35-25-25 inches.