Famous for her image on the family reality show sister wives on TLC.

Previously, she was married. She shared a vow with Kody Brown when she was just 19 years old in the year 1990, April 21. Her husband Mr. Kody Brown is a TV personality. He is renowned as the reality Sister Wives. He was also an advertising salesman in the year 1990. After that, they stepped on to star in the TLC reality series Sister Wives in the year 2010.

The couple is blessed with a daughter named Mariah Brown in July 1995. Meri Brown’s daughter, Maria came out as gay.

As time passed, the couple started having differences and divorced in September 2014. After that, they are not seen together.

Moreover, her ex-husband is a polygamist and he is the husband of four wives. 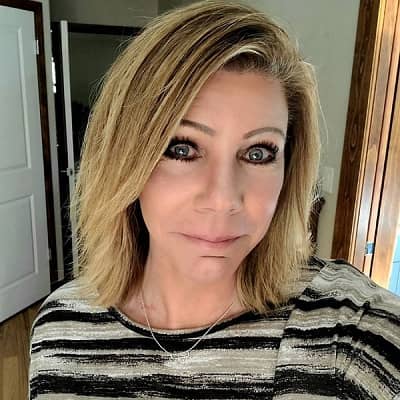 “It's not a hard-and-fast rule, but I believe that one of the key factors in being a good sister wife is having the ability to see the needs of another sister wife and considering her needs more important than your own.”

I would never trade my experience with sister wives and the wonderfully large and dynamic family we share for the simplicity of monogamy. I wouldn't trade it for anything in the world.”

Who is Meri Brown?

Meri Brown is an American reality television star and author. She is famous for her image on the family reality show sister wives on TLC.

Additionally, She won an award as “Best Country Inn” in Utah for 2019.

She is the daughter of William James Bil ‘Barber’ and Bonnie Barber. Her father is a polygamist and has five wives. So that she has altogether 25 siblings. But, her biological mother gave birth to seven children. Among them, two kids are brothers and the remaining four are sisters.

Her ethnicity belongs to mixed.

Sadly, Meri Brown’s mother Bonnie Ahlstrom passed away on 26th March 2021. She died after a week of celebrating her birthday.

Moving towards education, she hasn’t revealed further information about her education, including where she went to school.

While going through professional life, in the reality TV series, Meri has launched several productive businesses TLC’s family reality television show sister wives voyage. She appeared on TLC show Sister Wives since the starting of 2010. The series reflects the lifestyle of the Brown family.

Moreover, she looks after a clothing company called LuLaRoe established in 2012.

Furthermore, she buildup huge attention from appearing in the TLC reality Series ‘Sister Wives.  The superstar has started the My Sisterwife’s Closet, with help from her spouse and sister wives. She is also known as the wealthiest woman in showbiz.

Talking about her earning, she has an estimated net worth of around $ 1M. However, she hasn’t disclosed the information about salary.

Sister Wives Meri Brown became the victim of disloyalty after her eagle–eyed fans got curious about the mystery man in her Instagram post.

There started the controversy over her show accusing her reality show is scripted. However, she denied the false fact that her show is not scripted. She also makes a response to the fan that it was just a rumor.

Meri Brown has a height of around 5 feet 7 inches tall with her attractive body shape. Moreover, she has a bodyweight of 71kg. Her physical appearance is stunning. She has gorgeous brown hair and eye also seems similar.