Turkish-German actress, model Meryem Uzerli is having an affair with a buinessman. 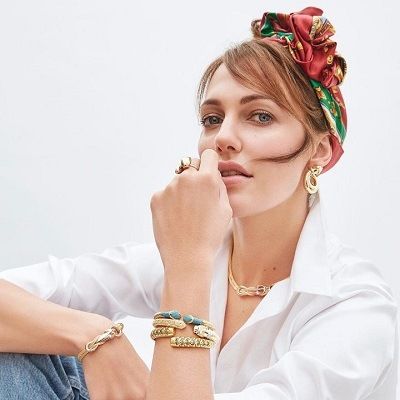 What is the relationship of Meryem Uzerli?

However, she thought it was too soon and decided to turn it down. By the 2016 end, the duo had reported broken up as Özcan was seen leaving a trendy Istanbul nightclub with an unidentified blonde woman.

Meryem Uzerli is a Turkish–German actor and model, who is well known for portraying Hürrem Sultan in one of the most successful Turkish series of all time, ‘Muhteşem Yüzyıl’ (‘The Magnificent Century’).

The role marked her debut in the Turkish entertainment industry and has brought her numerous awards and accolades. However, Meryem started her journey as an actor with German short films and TV shows.

Meryem Uzerli was born in Kassel, West Germany on August 12, 1983. Her birth name is  Meryem Sarah Uzerli and she is currently 38 years old. Her father’s name is Hüseyin and her mother’s name is Ursula. She grew up in Istanbul and Berlin.

Talking about Meryem’s education history, she attended the ‘Freie Waldorf School’ in Kassel, which is a chain of kindergartens in Germany that provides arts-based education.

She had the main role of ‘Britta’ in the German TV series ‘Inga Lindström’ and made single-episode appearances in two ‘ZDF’ series, ‘Notruf Hafenkante’ and ‘Ein Fall für Zwei.’

Additionally, Meryem got a breakthrough role in the Turkish historical fiction drama ‘Muhteşem Yüzyıl’ (‘The Magnificent Century’). Unfortunately, in 2013, Meryem had to quit the series due to burnout. She moved to Berlin for treatment. Meryem resumed working at the end of 2014, after a year-long career break. She signed a contract with the Turkish production company O3,’ owned by one of the biggest Arab TV centers, the ‘MBC Group.’

However, she went to Istanbul, where she addressed a small group of journalists and make the announcement. In December 2014, ‘Star TV’ introduced Meryem as one of the network’s stars in the following year, through a video. The network introduced her again in October 2015, for the following year.

Meryem played ‘Marija’ in ‘Annemin Yarası’ (‘My Mother’s Wound’, 2016), ‘Göze’ in the crime-action film ‘Cingöz Recai’ (2017), and ‘Sarah’ in the thriller–drama ‘Öteki Taraf.’ Meryem is collaborating with experts from the cosmetic industry to launch her exclusive eye cosmetic range, ‘MERYEM.’ She is looking for international distribution partners, especially for the North African market. Similarly, Meryem has done a few modeling assignments, too.  Meryem had done ad campaigns for ‘Sunsilk,’ too.

As of 2022, Meryem Uzerli has an estimated net worth of around $10 million and she has earned that sum of money from her professional career. Meryem Uzerli had a lucrative endorsement deal with Turkish beauty brand, Elidor in 2015.

Meryem Urzreli was rumored to have gotten engaged to the Turkish playboy Can Ateş. However, about a year later, their relationship was overdue to Can’s wandering habits. After finding out that she was pregnant, Can even tried to patch things up and beg for forgiveness.

Meryem has a height of 5 feet 8 inches and she weighs is 58Kg. Additionally, she has a measurement of 36-26-35 inches and her bra size is 34B. Meryem’s hair color is dyed red and her eyes color is blue. Furthermore, her dress size is 6 (US) and her shoe size is 9 (US).