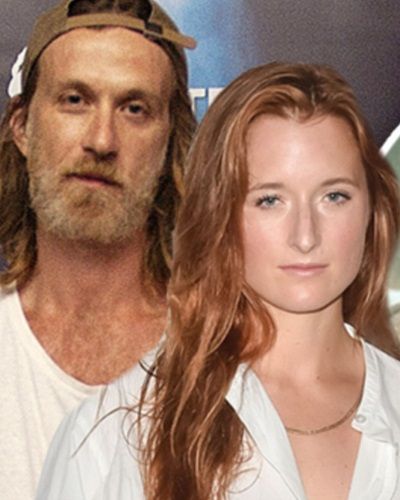 Grace Gummer married the musician Tay Strathairn on 10th July 2019. But their marriage did not work out so they separated after a month on 21st August 2019. Grace finally filed for divorce on 23rd March 2020 which has created headlines.

They were dating each other since 2017 and were seen together many times. But things started turning bitter just a month after their marriage. Grace stated an irreconcilable difference for the reason for divorce.

As per sources, the two first met each other when they were small. Grace was 7 years old whereas Tay was 13. They met on the 1993 set of their parents Meryl Streep and David Strathairn’s film The River Wild.

Tay is close to her big brother Henry who enlisted him to play in his band for 2019 gigs at Echo Park Rising and The Love Song Bar.

Also read Some Of The Most Unusual And Strange Wedding Rituals Around The World You May Have Never Hear About!

Grace Gummer is the daughter of celebrity parents Don Gummer and Meryl Streep. Her father Don is an American sculptor and worked on table-top and wall-mounted sculptures. Similarly, her mother Meryl is an American actress who was considered the best actress of her generation.

Her parents married in 1978 and are still together. Likewise, Grace has three siblings. Her brother Henry Wolfe Gummer is a musician and actor. She has two sisters Mamie Gummer and Louisa Gummer.

Mamie is an actress and has worked as Emily Owens in M.D., Nancy Crozier in The Good Wife and others. Her sister Louisa is also an actress like her sister. She has made her acting debut from Native Son.

In this way, Grace belongs to a celebrity family where all of her family members are renowned for their work mostly acting.

How much is Grace Gummer’s net worth?

Grace has appeared in a number of films which include The House of the Spirits, Larry Crowne, The Homesman, Learning to Drive, Jenny’s Wedding, The Long Dumb Road, and Standing Up, Falling Down.

Grace Gummer is an American actress and she is popular for her recurring roles in ‘The Newsroom’ and ‘American Horror Story: Freak Show’.

She is also well recognized for her regular roles in ‘Extant’ and ‘Mr. Robof’. Read more bio…

Canadian dancer Nora Fatehi talks about her life before her meteoric rise to fame!
Tags : Actress Falling Down