Method Man is married. He exchanged vows with Tamika Smith in March 2001. They exchanged rings with each other in 1999.

Method was linked with Karrine Steffans and Precious Williams (2000). 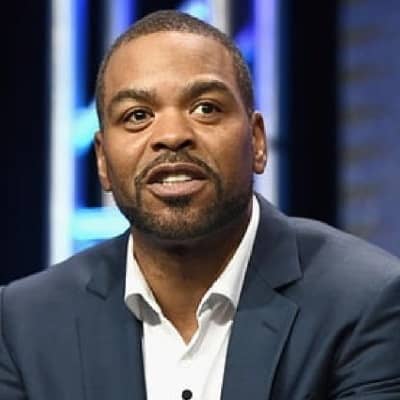 Who is Method Man?

Method Man is an American musical artist. He is also a songwriter, record producer, and actor. He is associated with bands like Wu-Tang Clan and Method Man & Redman.

Regarding his academic history, he has not shared any details.

Method Man is a popular rapper. He started his career in late 1990 and is still active. He is associated with recording labels like Def Jam and Tommy Boy.

Besides being a talented singer, Matho Man is also an amazing actor. Some of his screen credits are,

This singer has an estimated net worth of $14 million as of the year 2021. As per the reports, the average salary of a music artist is $44k.

He did commercials for Wu Wear, Right Guard deodorant, St Ides Special Brew, and Wu Wear. The financial worth of popular music artists are,

This rapper was first arrested in May 2007 for marijuana possession. After the agreement of doing community service, he was let go.

Again in Oct 2009, he was caught for income tax violations. From investigation, he was found guilty and paid a fine of $106,000, and was freed on a conditional discharge.

Wendy in 2006 talked about Method’s wife having cancer. They never wanted the public to know about this but due to Wendy, this information got leaked.

She also said that he is having an affair with his wife’s doctor. Again at the starting of Feb 2020, Wendy draws the attention of the media by claiming she and Method had a one-night stand.

Regarding Method Man’s body features, his height is 6 ft 3 inches and his body weight is 92 kg. Moreover, his eyes are dark brown and his hair is also black.

Moreover, he has a YouTube channel with over 281k subscribers and it was created on 12 May 2009.