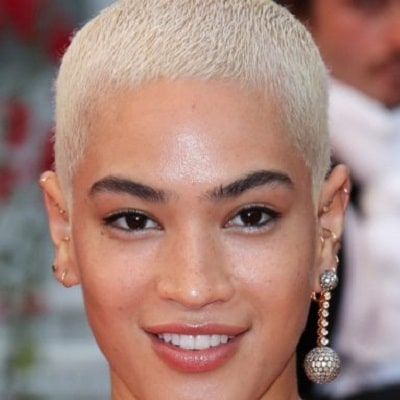 Mette Towley might be currently living her single life. Also, she has not been linked with any other personas neither in the past nor in the present.

Also, she might be currently busy with her career rather than being in a relationship.

Who is Mette Towley?

Mette Towley is an American dancer/choreographer, model, actress who rose to fame after being featured in N.E.R.D., Rihanna’s 2017 Lemon music video, and in 2019 drama Hustlers, and Cats.

Mette Towley was born on May 31, 1991, in Alexandria, Minnesota, USA. She was born to a white father and a black mother and growing up she felt pressure to identify with just one race being biracial.

She has attended the University of Minnesota, graduating in 2013.

Mette Towley was interested in dancing since her early ages. She began dancing when she was 5 years old. Mette watched her uncle, who is an artist, accompany the dancers at the Baltimore School For Arts as a violinist.

In 2014 she was selected as a member of Pharrell Williams’s dance squad, The Baes in 2014. For the audition, her manager had called her on Super Bowl Sunday to let her know that her audition was in two hours and she went to American Apparel and bought a catsuit with cat prints.

Mette Towley came into limelight after she appeared as the star of N.E.R.D.’s viral music video Lemon, in which Rihanna shaved her head in a motel room. For the scene, she had a month to prepare and felt that it was the right time to change her looks.

Furthermore, she taught hip top fusion classes to teens after returning to her state of Minnesota in November 2016.

At the 2018 Towley got to fix the train on Jennifer Lopez (J Lo). Grateful J Lo saved her a role in her upcoming film Hustlers. She has been trying to break into acting after her initial success as an actress and she is set to star in the 2019 film Cats as Cassandra.

Moreover, she is a global brand ambassador for Revlon and has appeared in a mascara video with David Hallberg.

It seems Mette has not been awarded and nominated for her work to date.

Mette Towley must have accumulated a huge sum of money from her professional career however she has not revealed her exact net worth, salary, and income.

This dancer does not like to harm other persons and has not been involved in any rumors and controversies in her personal and professional life.

Mette Towley has a height of 5 ft. 7 inches and has dark brown eyes and black hair. Her body measurement is 33-26-39 inches and her bra size is 34B.