Mia Farrow is a married woman. She married twice (Frank Sinatra, André Previn). She married Frank Sinatra on July 19, 1966, but the marriage didn’t go well so they divorced on August 16, 1968.

Moreover, she was in a relationship with Woody Allen, the couple has three children namely, Ronan Farrow, Dylan O’Sullivan Farrow, and Moses Farrow. 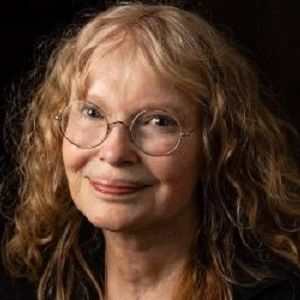 I have no life. This is my life. So while it may be that I'm only an actress and it may be that I'm an idiot in many aspects - but no more so than half the population - I have earned some stripes, if hours of study count. Yes, I am a celebrity, so take it with a grain. But I'm also a messenger.

Who is Mia Farrow?

Mia is an American actress, activist, and former fashion model. Whereas, she is also known for her extensive work as a UNICEF Goodwill Ambassador, which includes humanitarian activities in Darfur, Chad, and the Central African Republic.

Mia Farrow was born in Los Angeles, California, the United States on February 9, 1945, age (74). She is the daughter of John Farrow (father) and Maureen O’Sullivan (mother). Her father was an Australian born writer-director and her mother was a superstar in movies. She spent her childhood days in Beverly Hills, California.

She also has godparents, George Cukor, a director and Louella Parsons, a columnist.

On talking about her profession, her first film was a documentary ‘Unusual Occupations: Film Tot Holiday’ when she was just two years old in 1947. Similarly, she also worked as a model prior to her acting career.

During 1959, she also played a small role in ‘John Paul Jones’. In the early years of the 1960s, she continued working as a supporting actor in various films. She also started working in plays like ‘Mary Rose’, ‘Ivanov’ and ‘The Three Sisters’ in the 1970s. Whereas, she worked for some television films during the 1970s like the famous ‘Peter Pan’ (musical version) in 1976, playing the lead role.

In the 1980s and 1990s, she also appeared in most of Woody Allen’s films like ‘Zelig’,‘Broadway Danny Rose’, ‘The Purple Rose of Cairo’, ‘Hannah and Her Sisters’, ‘Radio Days’ and ‘Alice’. During 1982, she voiced for the animated film ‘The Last Unicorn’. Therefore, she also narrated many of the tales in ‘Stories to Remember’.

There is no information regarding her income, salary. Whereas, her net worth is estimated to be around $ 60 million according to the sources.

On talking about his body measurements, Mia has a height of 5 feet 4 inches. Additionally, she weighs is 60 Kg. In addition, she has a measurement of 32-22-34 inches. Mia’s hair color is blonde and her eye color is blue.

Also, read the affair, salary, the net worth, controversy, and the bio of  Drena De Niro, Erica Rose, Lionel Messi