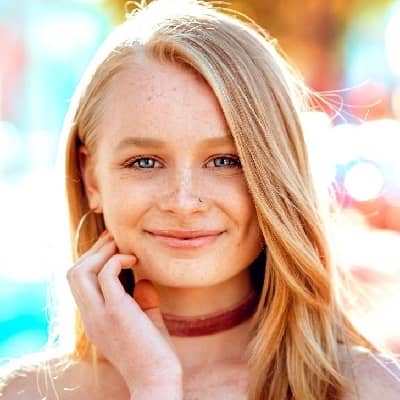 Mia relationship status is single. The star is at her young age to be engaged in any relationships now.

Mia is now more focused on building her career. She may be blessed with a beautiful love life in her future days.

Who is Mia Fizz?

Mia Fizz is a British YouTuber and an internet sensation. She is well known for posting various food and lifestyle videos on her YouTube channel named Mia’s Life.

Mia was born on December 04, 2004, in England. She is of British nationality and belongs to Mixed (Chinese, Asian, and British) ancestry.

Her mother’s name is Georgie Fizz. Her mother was pregnant at the age of 16 and was also battling with drug abuse problems. Mia’s parents separated and she grew along with her mother. Her mother said that she left Mia’s Biological father as he was also a drug addict and want to start her fresh life.

And then Mia’s mother met Darren Fizz. They have a daughter, Emily’s half-sibling, Sienna Fizz.

Georgie and Darren announced in June 2019, they were expecting another child. As of Nov 2020, Mia has her own brother sibling named Karma Fizz.

Mia was studying in a certain high school but was dropped out from there. She was then homeschooled in Gran Canaria, one of Spain’s Canary Islands.

Mia became an internet sensation when she started to appear on the Youtube channel ‘Family Fizz’. It was created on Jun 24, 2014, by Mia’s parents. Mia was first seen in the video entitled ‘Vegan Kid’s first Burger King’. In the video, Mia’s parents shared various things about being vegan and how their kids also changed into it.

Then another video, ‘Her Unexpected Birthday Surprise’ exclusively featured Mia. The video captured the moments of their bday celebration. Likely, on July 19, 2014, Mia along with her sister, Sienna, created a separate channel titled ‘Fizz Sisters’. They uploaded various videos concerning food, makeup, baking, and challenges. Similarly, they also post different clips from their family holidays and parties.

Moreover, Mia launched her own channel, and in 2017. She uploaded her first solo video, Mia’s Life in on her channel. Like the rest of her family members, she also promotes a vegan diet. Similarly, she posts various video blogs, DIYs, room tours, and skincare videos.

Furthermore, Mia is featured in various magazines and also been on various interview stars such as Mark Wahlberg (awkwardly!) Moreover, she appeared in a sell-out live show alongside her family.

The 16 yr kid possesses an overall net worth of 330K  to 450K. She earned it through her various Youtube channels and Instagram page.

Likely, her Youtube channel family fizz has a total amount of 1.5M net worth.

The star is in her initial phase of starting her career. She hasn’t involved in any type of rumors and controversies.

Likely, her official TikTok account also holds 421K followers with more than 3M likes. Similarly, she has her own YouTube channel with 1M subscribers.

Justin Bieber and Hailey Baldwin are engaged! Jeremy Bieber provides a hint on it!