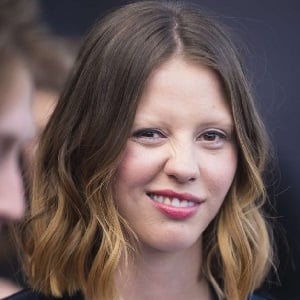 Mia Goth was a married woman. She began dating actor Shia LaBeouf towards the end of 2012. The pair later married on 10 October 2016.

She filed for divorce from her husband of 23 months Shia LaBeouf on September 25, 2018. The divorce has been finalized.

Who is Mia Goth?

Mia Goth is an English actress and model. People mostly know her for her roles in movies and television series including ‘Nymphomaniac’, ‘The Survivalist’, ‘A Cure for Wellness’, and ‘High Life’ among others.

Goth was born in London as Mia Gypsy Mello da Silva Goth on November 30, 1993. Her maternal grandfather is an American artist, Lee Jaffe, and her grandmother is a Brazilian actress, Maria Gladys.

Mia became interested in the world of modeling from an early age. She is of Brazilian, British, and Canadian nationality.

Furthermore, she belongs to the mixed ethnic background of Ashkenazi Jewish, English, and Brazilian.

Talking about her education, there are no details available about Goth’s educational background.

Mia Goth was initially discovered at the Underage Festival in London by Gemma Booth when she was 14 years old. Additionally, she later signed her to Storm Model Management. She also appeared in advertisements for Vogue and Miu Miu. In 2013, Mia appeared as Sophie Campbell in the TV series ‘The Tunnel.’

Since then, she has appeared in several other movies and television series. All in all, she has over 10 credits as an actress.

Some other movies and television series that Goth has appeared in include ‘High Life’, ‘Suspiria’, ‘The Secret of Marrowbone’, ‘A Cure for Wellness’, ‘Wallander’, ‘Everest’, ‘The Survivalist’, ‘Nymphomaniac: Vol. II’, and ‘Magpie’ among others.

Goth garnered the British Independent Film Award nomination in 2015. In addition, she has won the Robert Altman Award.

Goth has not revealed her current salary. Furthermore, there are no details available about her estimated net worth at present.

Several of Goth’s fashion ads have been termed controversial. Her relationship with Shia LaBeouf has also been criticized over the years. At present, there are no rumors concerning Mai’s life and career.

Furthermore, her hair color and eye color is light brown.