Micah Plath is an American model as well as a TV personality. Micah Plath at present is possibly single

Micah Plath at present is possibly single. But he posted a picture with a girl named Caroline Alexis on Instagram in Nov 2020.

After this, the rumors of them dating hit the media and their fans are waiting for their confirmations.

Also, in the past, Micah was in a romantic relationship with Lexi Marie. 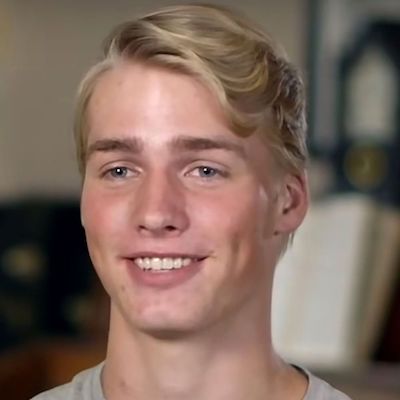 Who is Micah Plath?

Micah Plath is an American model as well as a TV personality. He is popular for appearing in a reality TV show, Welcome to Plathville.

He is also an influencer who has thousands of followers on social accounts.

His birthdate is 10 March 2001 and he was born in Georgia, the United States. The name of his mother is Kim Plath (transportation planner) plus his father is Barry Plath (naturopathic doctor).

Regarding his academics, he is homeschooled.

Micah Plath as a model is associated with the Select Model Management agency. He also posed for a brand Calvin Klein and left his home to focus on his career.

But his fam is with a reality TV show on TLC named Welcome to the Plathville. From his birth, he was featured in the show along with his siblings.

The show shows Plath’s family life who are passionate about music, religion, family life, and traditional roles. Also, Micah was seen in an episode of The Domenick Nati Show in 2002 as a guest.

As of 2021, he has an estimated net worth of around $500k US. The per annum salary from his acting journey is under the rug.

This TV screen artist is keeping himself away from rumors and scandals. But the news of him and his sister Morah living away from their parents grabbed the public’s eye.

They currently live in a rented one-story home in Georgia that costs around $86 thousand. It is spread in a 1,286 square feet area that has hardwood floors, granite countertops kitchen, and one bathroom.

Micah Plath’s height is 5 ft 11 inches and his body weight is 70 kg. In addition, his eyes are blue and he has hair in blonde color.

He has a fit & toned body which he often flaunts in his IG posts.