Michael B. Jordan is an American actor famous as the villian of the Marvel movie, Black Panther. Michael is dating Lori Harvey. 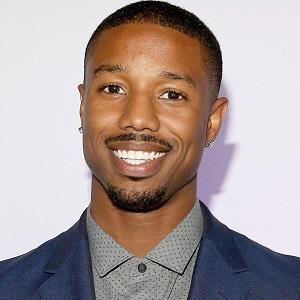 Facts of Michael B. Jordan

I love Ben Affleck. He's definitely somebody that I respect his opinion and I pick his brain whenever I get a chance.

"I'm a comic book guy, I grew up reading comics and graphic novels and being fans of those worlds".

Relationship Statistics of Michael B. Jordan

Michael B. Jordan is dating Lori Harvey. His girlfriend Lori is model and the daughter of Marjorie and step-daughter of Steve.

They were spotted together in November 2020 but had not made their relationship official. Later on 10th January 2021, they shared the photos via their social media handle announcing their affair to the world.

Who is Michael B. Jordan?

Michael B. Jordan is an American actor. People know him for his roles as shooting victim Oscar Grant in the drama ‘Fruitvale Station’, Adonis Creed in ‘Creed’ and Erik Killmonger in ‘Black Panther’.

Jordan was born in Santa Ana, California on February 9, 1987, to parents Michael A. Jordan, a caterer and Donna (née Davis).

Additionally, he has an older sister, Jamila Jordan and younger brother Khalid. He became interested in the world of acting since his childhood years and worked as a child model during his early years.

Jordan initially began his career in show business as a child model. He worked for several brands including Modell’s sporting goods and Toys “R” Us. He first appeared in the TV series ‘The Sopranos’ as the Rideland Kid in 1999. In the same year, he also appeared in ‘Cosby’ and ‘Black & White’. He played the role of Wallace in the critically acclaimed TV series ‘The Wire’. Since then, he has appeared in numerous other movies and television series. All in all, he has over 35 credits as an actor.

Some other movies and television series that Jordan has appeared in are ‘Fantastic Four’, ‘The Boondocks’, ‘That Awkward Moment’, ‘Fruitvale Station’, ‘House’, ‘Hotel Noir’, ‘Chronicle’, ‘Red Tails’, ‘County’, ‘Parenthood’, ‘Friday Night Lights’, ‘Lie to Me’ ‘Law & Order: Criminal Intent’, ‘Bones’, ‘The Assistants’, ‘Cold Case’ and ‘All My Children’ among others. Additionally, he also has 4 credits as a producer.

Michael B. Jordan’s Salary, Net Worth

Jordan has not revealed his current salary. However, he has an estimated net worth of around $25 million.

Jordan has been linked with several rumors throughout his career. Over the years, he has been rumored to have been involved in relationship with Iggy Azalea and Kendall Jenner.

Furthermore, he became part of a controversy after he stated his views regarding black women and why he does not date them. He later apologized for his comments.

Talking about his body measurement, Jordan has a height of 5 feet 11½ inches or 182 cm. Additionally, he weighs around 69 kg. Furthermore, his hair color is black and eye color is dark brown.