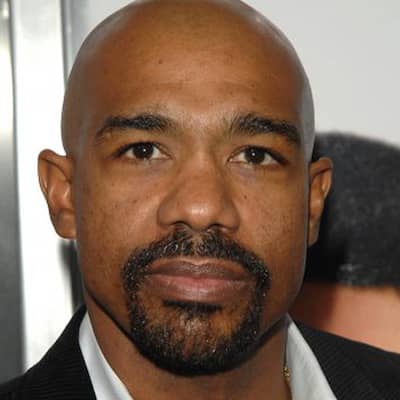 Michael Beach at the present time is a married man. He for the second time exchanged vows with Elisha Wilson on 23 June 2007.

His wife is an actress by profession but their wedding details are unknown.

Prior to her, he was married to Tracey E, Broderick. They perform the ceremony on 17 December 1989 and welcomed four children.

Their daughters are Tyler, Alex, and Quincey and their son’s name is Roarke. However, this union was officially ended after 17 years in Jan 2006 via divorce.

Who is Michael Beach?

His upcoming screen projects titled The Devil You Know and Unspoken are under post-production and will release soon.

His birthdate is 30 Oct 1963 and he was born in Roxbury, Massachusetts, the United States as Michael Anthony Beach. The name of his mother is Barbara but his father’s identity is not revealed.

Further, Michael’s ancestry is All-American, and has three brothers plus sisters.

As per his academics, he went to Noble and Greenough School plus Juilliard School. From the latter, he got his Bachelor’s degree in Fine Arts.

Michael Beach started his acting journey in the year 1986 and is still active. His debut movie is titled Streets of Gold. Recently he played the role of a father in The Harder They Fall (2021).

Some of his hit films are Aquaman as Jesse, Rim of the World as a General, Insidious: Chapter 2 as sendal, Internal Affairs as Dorian, etc. List of his other projects are,

Beach also appeared in several hit TV shows such as

By the 2021’s data, he has an estimated net worth of $3 million. However, his monthly salary is not yet calculated.

This Lean on Me actor is keeping himself away from scandals as well as rumors.

Michael Beach’s height is 5 ft 7 inches and his body weight is 85 kg. Adding more, he has black hair and has eyes in dark brown color.

Natalie Joy and Nick Viall’s love story! All the hot pictures of Natalie Joy on the beach

Danielle Fogarty is engaged to her Ex on the Beach boyfriend Ross Worswick!