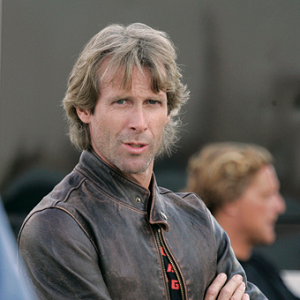 I make movies for teenage boys. Oh dear, what a crime

Fast cars are my only vice

A lot of directors don't want the pressure of a movie the size of Pearl Harbor. But I love it. I thrive on it.

Florida, with his two bullmastiffs, Bonecrusher and Grace. Jaime Bergman was the lady who is in a relationship with Michael Bay. They are in relation since 1999. He is also known to mostly date models and beautiful film actresses. Few of them are Cara Michelle, Lisa Dergan, and Pamela Anderson. Due to his short term relationship, there is no detail about all. Bay has not been married yet and has often said he has no interest in marriage or raising children biologically. However, he has said that he will adopt a kid when he feels the time is right. Bay is currently single. He lives in Miami

Who is Michael Benjamin Bay?

Michael Bay an American filmmaker known for directing and producing big-budget action films. His films which include “The Rock” (1996), “Armageddon” (1998), “Pearl Harbor” (2001) and the Transformers film series (2007–present), have grossed over US$5 billion worldwide.

He is co-chair and part-owner of the digital effects house Digital Domain. He co-owns a production house which has remade horror movies including The Texas Chainsaw Massacre (2003), The Amityville Horror (2005), The Hitcher (2007), Friday the 13th (2009) and A Nightmare on Elm Street (2010).

Michael Bay was born on February 17, 1965, in Los Angeles, California. His nationality is American and ethnicity is Jewish.

He was adopted by Harriet A bookstore owner/child psychiatrist and Jim Bay a certified public accountant when he was two weeks old. He was raised Jewish. He started his education at Crossroads School, in Santa Monica, California. Bay often traces his interest in action films back to an incident during his childhood.

As a boy, he attached some firecrackers to a toy train and filmed the ensuing fiery disaster with his mother’s 8-millimeter camera.

Bay graduated from Wesleyan University in 1986, majoring in English and Film. He attended Art Center College of Design in Pasadena for his graduate work.

After his post-graduation, Bay began working at Propaganda Films. Capitol Records picked up his 90-second World War II-inspired Coca-Cola advertisement. His first movie was “Bad Boys” in 1994, produced by Jerry Bruckheimer and Don. The film grossed a $141 million at the box office.

Bay was a director and executive producer of “Transformers: Revenge of the Fallen”. Bay-directed “Transformers: Dark of the Moon” (2011). Paramount Pictures announced that Bay will produce and direct “Transformers: Age of Extinction” and the film was released in June 2014. His latest released movie was 13 Hours: The Secret Soldiers of Benghazi and yet to come movie in Transformers: The Last Knight (2017).

He has a net worth of $400 Million but his salary is not revealed yet.

Recently he was rumored to have been dating with Megan Fox an American actress. Rumors have been claiming that the director is the production, then we heard another round of speculation saying that he’s back, then he was off again – and now, according to Mark Wahlberg, Michael Bay should definitely contribute to “Transformers 5”.

Michael Bay claimed that he was the illegitimate child of a popular 1970s director and that director John Frankenheimer was his biological father. However, a DNA test returned negative.

Michael has a height of 6 feet 1 inch. His eyes are blue in color and hair is golden brown in color.

Also know more about the early life, career, net worth, relationships, and controversies of other directing and producing including Lonette Mckee, Dorothy Lyman, Milos Forman, Katie Aselton, and Ryan Murphy.