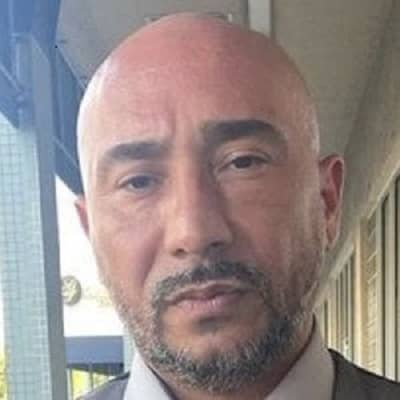 Both of them work on the VH1 TV series together named Cartel Crew.

They are recently married but their wedding details are unknown. Also, there is no published news about their plans of begetting a child.

Who is Michael Blanco?

Michael Blanco is a Colombian entrepreneur. Blanco is the founder of a company named Pure Blanco which sells streetwear fashion.

He is famous as the son of Cocaine Godmother and drug Lord, Griselda Blanco. In addition to that, he is ‘The Last Blanco’.

Blanco is 44 years old as of 2022. Michael was born Michael Corleone Blanco on 5 August 1978, in Medellín, Colombia. His birth sign is Leo. He belongs to the Caucasian ethnicity.

Talking about Blanco’s parents, they are Dario Sepulveda, father, and Griselda Blanco, mother. Griselda, his mother was in a Cocaine selling business.

Michael, as a child traveled from one corner to another to stay one step ahead of his mother’s enemies and drug agents.

Is his mother Griselda a criminal?

Mother Griselda killed her three husbands. Dario, Michael’s father was murdered by her mother because he was forcefully trying to take full custody of Michael.

Griselda Blanco entered the cocaine trade in the early 1970s. She is also known by the pet names La Madrina, the Black Widow, and the Queen of Narco-Trafficking. She became the first-ever billionaire female criminal and the deadliest woman of all time.

At the age of 11, she helped her boss to kidnap a boy and shot him right away after his wealthy family refused to pay the ransom. Not only that, she was a pickpocketer and a prostitute.

Michael’s mother effectively ran her multi-million-dollar drug trafficking business. At last, Griselda died on 3 September 2012, in Medellín, Colombia. To kill her, a motorcyclist shot twice; once in the head and once in the shoulder.

Moreover, Blanco bribed correction officers & guide her mother’s followers on their to-do list. She killed her three husbands and was openly bisexual.

Blanco has an approximate height of 4 feet 11 inches (1.52 meters). He weighs around 143 pounds (65 kg). Details regarding his other body measurements are currently not provided.

From a young age, he worked as an assistant to his mother in some way or the other. Later, when he grew up he wanted to portray the clean image of his mother’s dirty work, which led him to become an entrepreneur.

He worked as a CEO in Pure Blanco, streetwear fashion. He, along with his wife runs the VH1 Tv series- Cartel Crew as well.

Blanco has an estimated Net Worth of $5 Million as of 2022. This includes his Assets, Money, and Income. His primary source of income is his career as an entrepreneur.

However, his per annum salary or earning is not readily available.

Blanco was leading an exile life because of his mother. There are rumors only about his mother who effectively ran her cocaine business while she was in prison with the help of his son.

Michael Blanco is active on Instagram with 208k followers. He is active on Twitter and YouTubes only with his program Cartel Crew VH1.