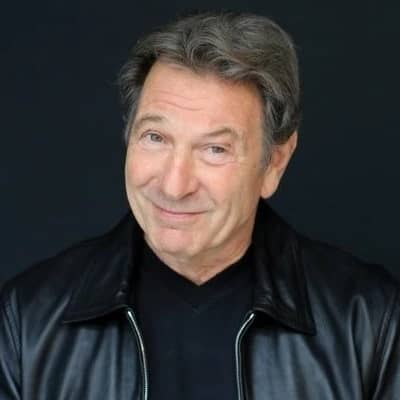 What is the relationship of Michael Brandon?

Michael Brandon is currently having happy conjugal life with his wife and son. Brandon’s wife is an actress Glynis Barber.

The couple together also co-starred in the British television crime drama, Dempsey & Makepeace. The pair tied the knot on November 18, 1989. On November 21, 1992, they welcomed their son named Alexander Bardon.

In earlier, he married an actress Lindsay Wagner. The duo gets married on the 19th of December 1976 and honeymooned in Sun Valley, Idaho. However, their marriage didn’t long last, and got divorced on September 17, 1979.

Furthermore, in the early 1970s, he has been in a relationship with an actress Kin Novak. However, they got separated because of age differences.

Who is Michael Brandon?

Michael Brandon is a widely renowned American actor and theatre artist. He emerges the fame after appearing in the role of James Dempsey in the British drama series, Dempsey and Makepeace.

The actor is also known as Michael Feldman. The birth date of Michael is the 20th of April 1945. He hails from Brooklyn, New York, U.S.

He was born to his father, Sol Feldman, and his mother Miriam Feldman. During the birth, his weight is around 7lbs. As per his mother, he was born around 7 p.m.

Talking about his ancestry, he is of Jewish descent and he belongs to American nationality. Brandon was raised in Valley Stream, New York with his two siblings a younger brother named Elliot and an elder sister named Debra Lynne.

Afterward, Brandon thought to pursue his acting career and he is also an alumnus of the American Academy of Dramatic Arts.

In 1965, Michael started to pursue his acting career and auditioned for the American Academy of Dramatic Arts and also got accepted. He made his first lead role in the 1967 production, Under the Yum Yum Tree in Barn Dinner Theater.

That year, he also made an appearance in an uncredited role in the film, The Unicorn. In the year 1969, he made a guest appearance in two television series called, Medical Center and Mr. Deeds Goes to Town.

He has also contributed his voice to the 1973 animated comedy-drama film, Heavy Traffic for the character, Street Cat. Similarly, he served in numerous films as a voice artist like Calling All Engines! (2005), Hero of the Rails (2006) Misty Island Rescue (2010), and more.

He has equally contributed to the film and theatre sector since his starting acting career. Though he already appeared in numerous movies and television films also he remains constant in the theater sector too.

Furthermore, his some creditable film and television series are,

Brandon was nominated for a Laurence Olivier Award in the category of Best Actor in a musical in 2004.

Until now, Michael Brandon has not seems in any sorts of rumors and scandals that create headlines in the media. Also, throughout his career, he has managed to maintain his clean image in the public.

Brandon might have earned a decent amount of wealth through his successful acting career. But he hasn’t yet disclosed his actual amount of net worth, salary, and other assets to the media.

The actor Michael Brandon has grey hair color with brown pair of eyes. Furthermore, there is no information available regarding his body measurement including his height, weight, and other body measurements.