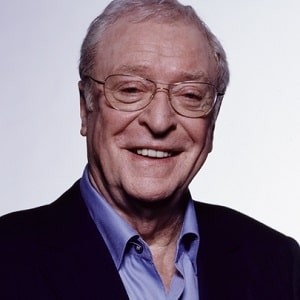 “I've never been out with a married woman, never. I respect others' properties.”

What is the relationship of Michael Caine?

Michael Caine got married to his first wife, Patricia Haines in 1955. They both went to London in search of a better chance for success in their acting careers however, he had to take some other jobs.

His wife gave birth to a girl and named her Dominique, and after her birth, they had financial problems due to which their marriage came to an end in 1962.

Then, he saw Shakira Baksh on TV and he met her with the help of his friend. They dated each other and moved to England. They got married on 8th January 1973 in Las Vegas and they had a baby girl by July of the same year and named her as Natasha.

Who is Michael Caine?

Michael Caine is an English actor, author, and producer. He is best known for his distinguishing talents which are showcased in his movies. He has given a special trademark in every work which is his cockney accent.

He was born on March 14, 1933, in St Olave’s Hospital in Rotherhithe, London, England. His birth name is Maurice Joseph Micklewhite.

Her parents are Ellen Frances Marie and Maurice Joseph Micklewhite and they were both business people.

Though his father was Catholic, he was bought up in Southwark in the Protestant way.

He has a brother named Stanely Micklewhite and stepbrother David William Burchell, whom his mother had married his father Maurice. He holds British citizenship and his ethnicity is of mixed of English and Irish.

He got the scholarship to study at Hackney Downs School after passing his eleven plus exams.

He studied there for one year and he attended Wilson’s Grammar School and left at the age of 16 to do some jobs before the Korean war.

He got a job to play the role of an assistant stage manager at the age of 20 and a year later, he took another job with the Lowestoft Repertory Company. He was inspired by the Caine Mutiny film to change his name to Michael Caine in 1954.

His first role was in the film ‘A Hill in Korea’ in 1956 and later he appeared on television in a small role. His role in the Jean Anouilh play ‘The Lark’ in 1956 was his first credited role.

He appeared on television in serials ‘the Golden Girl’ and ‘no Wreath for the General’, ‘The Compartment’, etc. He played in radio plays like ‘Looking for Frankie’ in 1963, and ‘Ping Pong’ in 1964.

He made his breakthrough from his role as Meff in James Saunder’s Cockney comedy ‘Next time I’ll Sing To You’ve on 23 January 1963.

Michael was signed by Joseph E. Levine for his film ‘Zulu’ and the shooting took place in Natal, South Africa. After the cast returned to England, Levine released him from the contract and told him that Michael looked like a queer on screen.

He was Oscar-nominated for his role in ‘Miss Congeniality, ‘Last Orders’, and ‘Quiet American’. Michael portrayed the role of Prof. Stephen Miles in the science fiction thriller ‘IOnception’.

Michael gave his voice in ‘Cars 2’ and in ‘Gnomeo & Juliet’. He made his appearance in the Batmen Sequel, ‘The Dark Knight Rises in July 2012. His other remarkable films include ‘Intersteller’ in 2014, ‘Kingsman: The Secret Service, and King of Thieves in 2018.

Michael Caine: Net Worth and Salary

It is estimated that he has a net worth of around 75 million dollars as of 2022, and his main source of earnings is from his professional career.

He was in a rumor that he had claimed his good friend Sir Sean Connery was suffering from Alzheimer’s disease but he denied the reports.