Actor Michael Cassidy is married and a father of one.

Michael Cassidy is a happily married man. He married Laura Eichhorn on 27th August 2006. Laura is an American actress and writer.

Michael and Laura met each other during high school. Together, they have a son born in 2011. 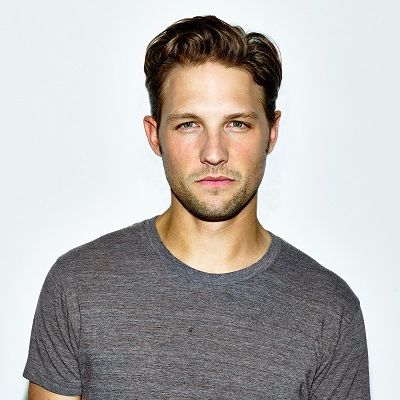 You get vaulted into this world of show business. All of a sudden I'm hanging out with movie stars. - On landing The O.C.

Who is Michael Cassidy?

Michael Cassidy is an American film and TV actor known for his role as Zach Stevens on The O.C. and Tyler Mitchell on Men at Work.

Michael has worked in Zoom, Batman V Superman: Dawn of Justice, and The O.C.

As of 2019, he is part of the Tv Series The Rookie as Caleb Wright.

Michael Cassidy was born on 20th March 1983 in Portland, Oregon, US. In the year 2001, he graduated from La Salle High School in Milwaukie, Oregon.

After that, in 2003 he graduated from the Two-Year Conservatory program at The New Actors Workshop in New York City.

In the year 2004-05, Michael played the role of Zach Stevens on The O.C. After that, he appeared in Hidden Palms, Smallville, Privileged, Castle, and The Pink House.

In the year 2012, he appeared as a male lead in Happy Endings, Jonathan in Are You There, Chelsea?, Travis Harding in Scandal, and Tyler Mitchell in Men at Work.

Some of his recent TV series are Stalker, The Magicians, The Night Shift, People of Earth, Station 19, The Guest Book, and The Rookie.

Michael played the role of Ted in the 2005 movie The Girl from Monday. After that, he appeared in Dare, The Break, Zoom, San Gabriel, Argo, The Guilt Trip, and Night Of the Living Deb.

His recent role in movies includes Batman V Superman: Dawn of Justice, Angry River, The Stray, Dog Days, The Dare Project, and Jingle Around the Clock.

Michael has been part of web series as well. He played the role of Dax in two episodes of Rockville CA. In the year 2010, he played Daniel in Blue Belle.

Similarly, he appeared as Robert in CollegeHumor Originals and Leo in Millennial Parents.

His wife Laura Eichhorn has a net worth of $200 thousand US. He was part of the movie, Batman V Superman: Dawn of Justice which made $321 million US in North America and $855 million US.

He has brown hair and blue eyes. He is 6 feet tall.

You may also read the age, parents, career, net worth, body measurement, and social media of Bill Pentland, Josh Pence, and Willam Belli