Michael Cyril Creighton is an American renowned actor and writer. He is married to Brian Mullan.

Michael Cyril Creighton is openly gay. He is married to a guy named Brian Mullan. On May 4, 2021, the couple celebrates their 5 years of marriage anniversary. Since 2004, the couple are together. 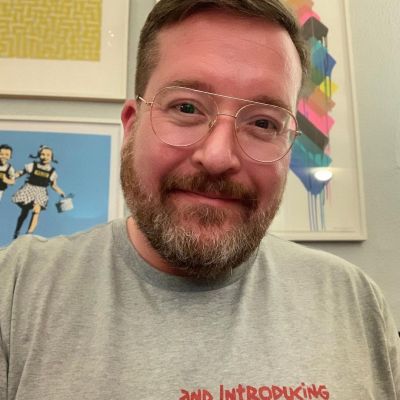 Who is Michael Cyril Creighton?

Michael Cyril Creighton is an American renowned actor and writer. He rose to fame for his portrayal of “Howard Morris” in Only Murders in the Building, “Patrick” in High Maintenance, and “Joe Crowley” in Spotlight.

Michael celebrates his birthday on the 31st of March. However, he hasn’t yet disclosed his birth year in the media. He hails from Long Island, New York, US.

The name of his mother is Denise Creighton whereas his father’s identity. He was raised by his mother and maternal grandparents. Talking about his academics background, he attended Emerson College in Boston.

Similarly, he was a founding member of the New York-based Neo-Futurists and also performed weekly in Too Much Light Makes the Baby Go Blind. His credited films are Sleeping With Other People (2015), Spotlight (2015), Fits and Starts (2017), The Post (2017), The Outside Story (2020), and so on. Moreover, he guest-starred in an episode “Brooklyn Without Limits on NBC sitcom, 30 Rock as BWL Salesman.

Aside from acting, Michael worked as a writer in a web series Jack in a Box (2009-2012), which consisted of 31 episodes. He also wrote and guest-starred in an episode, “Helen” of the popular web series High Maintenance.

Michael has managed to maintain a clean profile to date. He usually stays a mile away from any sorts of rumors and controversy that create a huge buzz in the media.

Michael might have accumulated a decent amount of fortune throughout his acting profession. As of now, he hasn’t disclosed his exact net worth, salary, and other earnings in the media.

Talking about Michael’s physical appearance, he has a fair complexion. Likewise, he has brown hair color and as well a brown pair of eyes.

However, his height and weight are still under review.

Further, he has a self-titled YouTube channel with nearly 1.76k subscribers.