Michael Easton is an American television actor, poet, author, and photographer, who is best known for his role as John McBain in the popular TV Show One Life to Live. He is married to Ginevra Arabia and the couple is blessed with two kids.

Michael Easton is a married man, he married model Ginevra Arabia in 2004. The couple has two children: Lilah Bell, and  Jack Boru. 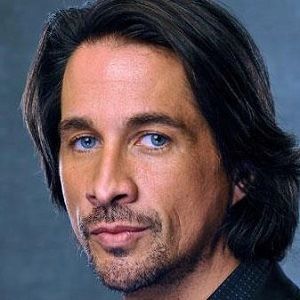 The world doesn't revolve around me anymore. Now it's all about this little baby. I come home after a rough day, I see her and she smiles and nothing but that matters. I know that sounds really cliche but it's the truth.

Stability can be a good thing, but it can also lead to apathy. I don't want to set that example for my children. I want them to believe in their dreams and to go after them. You do that by example.

You want to provide for your family, of course, but you also want them to come along on the journey with you. I haven't achieved all I want to with my life, so I need to continue to push myself.

Who is Michael Easton?

Michael Easton is an American television actor, poet, author, and photographer, who is best known for his role of John McBain in the popular TV Show One Life to Live.

Michael Easton was born in Long Beach, California, the United States on February 15, 1967, and he is currently 52 years old. His father’s name is Stewart Easton and his mother’s name is Joan Easton.

He has a brother named Keith Easton. Michael holds American citizenship, but his ethnicity is unknown. His birth sign is Aquarius.

Talking about his education, he attended the University of California, Los Angeles. He also studied film at New York University.

Michael has made appearances on television shows such as Ally McBeal and The Practice. Additionally, he had a recurring role on the science fiction television series Mutant X. Additionally, Easton has also appeared on soap operas, first starting out in the role of Tanner Scofield on NBC’s Days of Our Lives from 1991 to 1992.

He went on to a two-year stint as vampire Caleb Morley on Port Charles from 2001 until its cancellation in 2003. Easton portrayed John McBain on the ABC soap opera One Life to Live from October 2003 until the series ended in January 2012.

TV Guide reported that because ABC did not want to risk any further legal disputes with Prospect Park. Easton returned to General Hospital in May 2013 as Dr. Silas Clay.

There is no information regarding his income, salary. But as of 2022, his net worth is estimated at around $4 million according to the sources.

There was a rumor that Michael Easton was going to leave General Hospital. Currently, he is far from rumors and controversies.

Michael has a height of 6 feet and he weighs is 67 Kg. Michael’s hair color is black and his eye color is blue.

Also, read the affair, salary, the net worth, controversy, and the bio of  Mekhi Phifer, Tyler Christopher, Billy Miller