Michael Hartung is an actor from the United States. He is best known for his role in Fosse/Verdon (2019), Love Life (2020), and Love in the Underground: Side A (2020). He gets married to a long-term boyfriend, Jason Gotay.

Michael Hartung is openly gay. In October 2021, he gets married to a long-term boyfriend, Jason Gotay at The Kester Homestead in Memphis.

The duo met each other on the set of NBC’s Peter Pan Live! in 2014. The beautiful couple often posts each other pictures on their respective social media sites. 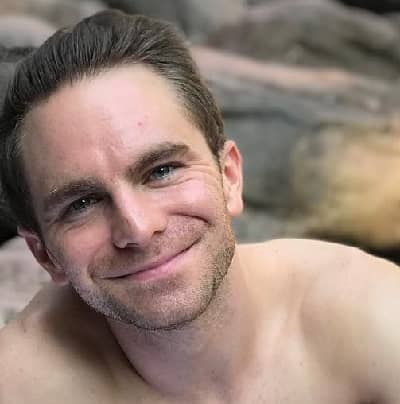 Who is Michael Hartung?

He has a twin sister named Mary Kate Hartung. Talking about his academic background, he went to Sun Prairie High school. He then studied Musical theatre at the University of Michigan.

Hartung was then featured in the 2019 TV mini-series, Fosse/ Verdon. He also appeared on short projects like Love Live and Love in the Underground: Side A. Similarly, his partner, Jason started his career as a theater artist. He played in productions like Salt Lake City at Pioneer Memorial Theatre, Bring it on: The Musical Tour, Rent on Westchester Broadway Theatre, and more.

Michael stays miles away from the spotlight of the media. He hasn’t been part of any sorts of rumors and controversy that create a headline in the media.

Michael’s main source of income is his acting career. He might have accumulated a decent amount of fortune throughout his profession. However, he hasn’t yet revealed his net worth, salary, and other earnings in the media.

Talking about his companion’s income, Jason has an estimated net worth of around $200 thousand as of 2022.

Talking about Michael’s physical appearance, the actor has a fair complexion. He has blue pair of eyes and his hair color is light brown.