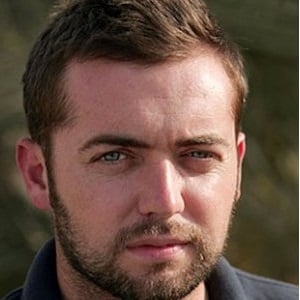 Michael Hastings was married to Elise Jordan at the time of his death. The pair married on 21 May 2011. They were together until his death on 18 June 2013. Previously, Michael was also in a relationship with Andrea Parhamovich.

Who was Michael Hastings?

Michael Hastings was an American actor journalist, author, and reporter. Additionally, he was also a vocal critic of the Obama administration and Democratic Party. In the 2000s, he covered the Iraq War for ‘Newsweek.’

Hastings was born as Michael Mahon Hastings in Malone, New York on January 28, 1980. He was born to parents Dr. Molly Hastings and Dr. Brent Hastings. Additionally, he had two brothers, Jon and Jeff. Hastings is of American nationality. Furthermore, there are no details available about his ethnic background at present.

Talking about his education, Hastings attended Rice Memorial High School. In addition, he also attended Connecticut College. Eventually, he earned his Bachelor of Arts in journalism from New York University in 2002.

Hastings initially began his career in 2002 as an unpaid intern for ‘Newsweek’ magazine. Additionally, he was also a regular contributor to ‘Gentlemen’s Quarterly’ and ‘Rolling Stone’ magazine. Since then, he had authored several books including ‘I Lost My Love in Baghdad: A Modern War Story’ and ‘The Operators: The Wild and Terrifying Inside Story of America’s War in Afghanistan.’ In addition, some of his popular articles are ‘Hack: Confessions of a Presidential Campaign Reporter’, ‘Obama’s War’, ‘The Runaway General’, ‘King David’s War’, ‘Another Runaway General: Army Deploys Psy-Ops on U.S. Senators’, and ‘The Rise of the Killer Drones’ among others.

Hastings died in a single-vehicle automobile crash in his Mercedes C250 Coupé on June 18, 2013, in the Hancock Park neighborhood of Los Angeles. Furthermore, after his death, questions were raised about the crash that took his life. Some suggested the government’s involvement in the accident.

Hastings was awarded the Norman Mailer Prize for Distinguished Journalism in 2013.

There is no information available about what Hastings’ salary and net worth were.

Hastings became part of several controversies throughout his career. In addition, the Stanley McChrystal interview that he covered was criticized by many. Furthermore, he was also critical of Barack Obama’s foreign policy.

Talking about his body measurement, there are no details about what Hastings’ height and weight were. His hair color was dark brown and his eye color was blue.