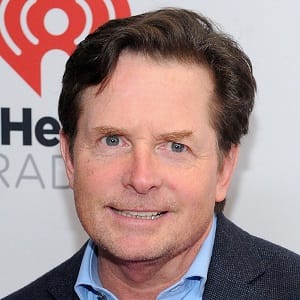 Pain is temporary, film is forever.

In every aspect, I have been blessed with the opportunity to work toward leaving an impact on the world and on the lives around me and to be a partner in the critical research for answers.

A creative mess is better than idle tidiness.

Michael J. Fox is a married man. He is married to actress Tracy Pollan. The pair married on 16 July 1988. They have four children together: Sam Michael, Aquinnah Kathleen, Schuyler Frances, and Esmé Annabelle. Their marriage is going strong as there is no news regarding any extramarital affairs at present.

Who is Michael J. Fox?

Michael J. Fox is a Canadian-American actor, author, and producer. People mostly know him for his role as Marty McFly in the ‘Back to the Future’ trilogy. Additionally, he has also appeared in several other movies and television series like ‘Spin City’, ‘Family Ties’, and ‘The American President’ among others.

Fox was born as Michael Andrew Fox in Edmonton, Canada on June 9, 1961. He was born to parents Phyllis and William Fox. His mother was an actress/payroll clerk and his father was a police officer and a Canadian Forces member. Fox developed a keen interest in acting as a child. He is of American and Canadian nationality. Furthermore, he belongs to the mixed ethnic background of Irish, English, and Scottish.

Fox initially had a small role in the TV series ‘The Beachcombers’ in 1973. Additionally, in 1978, he had roles in ‘Leo and Me’, and ‘The Magic Lie.’ In 1979, he appeared in the TV movie ‘Letters from Frank’ and TV series ‘Lou Grant.’ In addition, Michael had roles in ‘Midnight Madness’, ‘Family’, ‘Here’s Boomer’, and ‘Trouble in High Timber Country’ in 1980. Since then, he has appeared in several other movies and television series. At present, he has more than 70 credits as an actor.

Some other movie and television series that Fox has appeared in are ‘Designated Survivor’, ‘Curb Your Enthusiasm’, ‘Nightcap’, ‘The Good Wife’, ‘Annie’, ‘Rescue Me’, ‘Boston Legal’, ‘Scrubs’, ‘Spin City’, ‘Mars Attacks!’, ‘The Frighteners’, ‘Blue in the Face’, ‘Don’t Drink the Water’, ‘Greedy’, ‘Where the Rivers Flow North’, ‘For Love or Money’, ‘Life with Mikey’, ‘Doc Hollywood’, ‘Tales from the Crypt’, ‘The Hard Way’, ‘Casualties of War’, ‘Family Ties’, ‘Bright Lights, Big City’, ‘The Secret of My Succe$s’, ‘Light of Day’, ‘Teen Wolf’, ‘Night Court’, ‘High School U.S.A.’, ‘The Love Boat’, ‘Class of 1984’, ‘Teachers Only’, ‘Palmerstown, U.S.A.’, ‘Trapper John, M.D.’, ‘Trouble in High Timber Country’, ‘Here’s Boomer’, ‘Family’, and ‘Coldblooded’ among others. Furthermore, Michael has also authored books including ‘Lucky Man: A Memoir’, ‘Always Looking Up: The Adventures of an Incurable Optimist’, and ‘A Funny Thing Happened on the Way to the Future: Twists and Turns and Lessons Learned.’

Fox has won four Golden Globe Awards. Additionally, he has also won the Primetime Emmy, Saturn Award, BTVA People’s Choice Voice Acting Award, Family Television Award, and Gold Derby TV Award among other several awards. All in all, he has 31 wins and 59 nominations for various awards to date.

Fox has not revealed his current salary. However, he has an estimated net worth of around $ 65 million at present.

Fox was involved in a death hoax recently. Additionally, his conventional method of early-onset Parkinson in 1991 was controversial. Furthermore, Fox’s confrontation with Rush Limbaugh was also controversial. At present, there are no rumors concerning Michael and his career.

Talking about his body measurement, Fox has a height of 5 feet 4¼ inches (1.63 m). Additionally, he weighs around 56 kg. Furthermore, his hair color is dark brown and his eye color is blue.

Fox is active over the social media. He has a huge number of followers on social networking sites such as Instagram and Twitter. He has more than 1M followers on Twitter. In addition, he has over 240k followers on Instagram.

Michael J. Fox: his Michael J. Fox Foundation, his new partnership venture and his own struggle with Parkinson’s disease! Find the details here!

Michael J Fox faced a recent death hoax! Know his response to it!