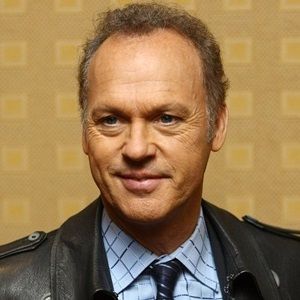 To this day, I have the most fond memories of some of my old toys

There comes a point in your life when you realize how quickly time goes by, and how quickly it has gone. Then it really speeds up exponentially. With that, I think you start to put a lot of things into context

you start to see how huge the world is, and really, the universe

Anesthesia is quite remarkable. It's lost time. And you wake up kind of refreshed.

Michael is single as of now. He was once in a marital relationship with late Caroline McWilliams. Caroline sadly passed in 2010. They got married on June 5, 1982. Together they spent an incredible time sharing love and happiness. Around a year after their wedding, both the couple had children named, Sean Douglas. Sean was born on May 27, 1983. As of now, Sean is a producer/songwriter by profession. But sadly after a long time together, they got divorced on January 29, 1990.

Who is Michael Keaton?

Pennsylvania-born Michael Keaton is a notable personality in the acting industry. The man of outstanding character, Michael is an actor. Similarly, he is also a producer and a director. Academy Award nominee and Golden Globe award-winning actor, Michael gave an outstanding performance in the film, “Birdman.”

Additionally, he is recognized for “Johnny Dangerously,” “Batman,” “Spotlight,” “Pacific Heights,” and others. His nickname is ‘Michael Douglas.’

Recently, in 2017, he played the villainous role of ‘Vulture’ in the superhero movie, “Spider-Man Homecoming.”

Michael Keaton was born in Coraopolis in the state of Pennsylvania. He was born with the name, ‘Michael John Douglas’ on September 5, 1951. Michael has mixed ethnicity. He belongs to Irish, English, Scottish, and German ethnicity. Michael Keaton’s nationality is American. While talking about Michael’s family, his mother’s name is Leona Elizabeth. And his father’s name is George A. Douglas. While George was a civil engineer and surveyor, Leona worked as a homemaker.

AS per his education, he attended Montour High School in Pennsylvania. Afterward, he joined Kent State University to study speech. Later after two years, he dropped out. After a long time in 2017, he received an “Honorary Doctor of Fine Arts degree” from Carnegie Mellon University.

Michael Keaton’s acting career started in 1975. In 1975, he appeared in a television show, “Mister Rogers’ Neighborhood.” Afterward, he worked on several TV shows including “All’s Fair,” “The Mary Tyler Moore Hour,” and “Working Shifts.” As per his film career, he made his debut in a comedy movie, “Rabbit Test” in 1978. He had more success in the movies rather than TV. Then he acted in films like “Night Shift” in 1982, “Mr. Mom” in 1983, and “Johnny Dangerously” in 1984. His performances in these films made him famous. Then he played the titular role in the superhero movie, “Batman” in 1989. And in 1992, he reprised his role in “Batman Returns.”

Presently, he is waiting for his new action film, “American Assassin”. It is to be released in September of 2017. He also portrayed the role of ‘Adrian Toomes / Vulture’ in “Spider-Man Homecoming” in 2017. Additionally, he has acted in Academy nominated movies including, “Spotlight,” and “Birdman.” Some of his other films are “The Dream Team,” “Multiplicity,” “Jackie Brown,” and “Pacific Heights”. He directed the movie, “The Merry Gentleman” in 2009.

On January 18, 2016, he received the honor of “Officer of Order of Arts and Letters” from the French Government. Also, he received a nomination for Oscar and won Golden Globe for his performance in the film, “Birdman.”

What is the salary and net worth of Michael Keaton?

Currently, he receives an enormous amount of salary. As a result, he has made some fortune building up his estimated net worth of around $ 15 million.

Michael caused controversy in the 74th Annual Golden Globe Award ceremony. It was because he claimed the name of the different actress as the nominee for the best-supporting actress.

Michael has an average height of 5 foot 9 inches. Discussing his weight, he weighs around 72 kg or 159 pounds. While his eye color is blue, his hair color is light brown. Similarly, his waist, biceps, and chest sizes are 33 inches, 15 inches, and 40 inches.