Michael Kopech is a baseball pitcher who plays for the Chicago White Sox. He is the father of a baby boy. 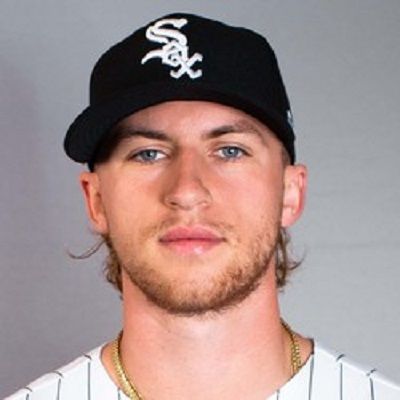 Michael Kopech is a divorced man.

Previously, he was married to Riverdale star Vanessa Morgan on 4th January 2020, in Florida. Sources say that their affair was started in 2018 and in July 2019 they engaged.

But after five months of their wedding Michael filed for the divorce from wife Vanessa in Morris County in northeast Texas. After filing for divorce, Morgan revealed that she was pregnant with his child. In January 2021, she gave birth to their baby despite their sour relationship. The baby’s gender is a boy.

Previously, he dated Brielle Biermann, an American-Italian socialite. The couple announced their relationship via Instagram in June 2017. The couple dated each other for several months and separated. This split was known after Brielle’s mom twitted about Brielle’s break up on her official account.

Who is Michael Kopech?

Michael Kopech is a professional baseball player from the United States. Currently, he plays for Chicago White Sox as a pitcher. Besides, this he has played for the Boston Red Sox. Likewise, he is popular as the best pitcher who has been able to set the pitching record of 110 mph.

He was born on April 30, 1996, in Mount Pleasent, Texas, to Michael P. Kopech, father, and Tabbetha Kopech, mother. Similarly, he has a sister, Kyasi Kopech. Michael Kopech is American by his nationality and his ethnicity is Caucasian.

He started playing baseball professionally after he got selected in the 2014 MLB Draft out of Mount Pleasant High School.

He finishes his schooling from Mount Pleasant High School. And he studied at the University of Arizona.

He started playing baseball professionally after he got selected in the 2014 MLB Draft out of Mount Pleasant High School.

He first played Rookie Level Gulf Coast League Red Sox where he posted a 0-1 record and a 4.61 ERA. Following his baseball passion, he played several matches and also became one of the fastest pitchers in baseball history.

In October 2016, he was traded to Chicago White Sox along with Yoan Moncada, Victor Diaz, and Luis Alexander Basabe. Within a year,  he became the starter for the North Division in the Southern League All-Star game. Kopech went 4-3 with a 2.93 ERA over 58 1/3 innings.

Up to now, he hasn’t received any awards in his professional life.

Kopech has collected a decent sum of money from his profession. As of 2021, Michael Kopech’s net worth is $800 thousand according to the sources. He owns a Hammar which worth is more than $50,000.

He is far from all of these rumors and controversies. So he has maintained a good relationship with all other people in her personal and professional life.

Michael Kopech stands with a height of 6 feet and 3 inches. And he weighs 93 kg. He has blond colored hair and blue colored eyes.