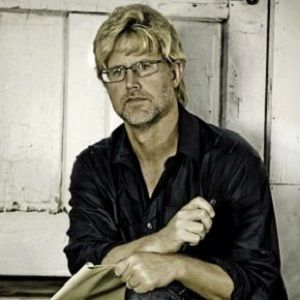 Entertainment and art have power. Our culture is molded more so by entertainment than any other influence

We're all being segregated or sent to our different rooms to watch television that's geared only for adults, to be honest. There's very little fare - outside of cartoons and a few things for children (and) I guess (some reality shows like) The Voice - that can be watched by the entire family

For me, I want to tell stories that will affect my children in a positive way, that they can be proud of me for working on and doing. I want to be alight in the world. There's enough darkness.

What is the relationship of Michael Landon Jr.?

The couple together has three children: two daughters Ashley Landon and Brittany Landon, and a son Austin Landon.

Who is Michael Landon Jr.?

Landon Jr. was born Michael Graham Landon on 20 June 1964, in Encino, California, the United States of America. He was born to Michael Landon (father) and Marjorie Lynn Noe (mother).

He is the brother of Christopher B. Landon, Leslie Landon, Shawna Landon, half-brother of Jennifer Landon, Sean Landon (from his father’s third marriage), and Cheryl Lynn Landon, born, Cheryl Ann Pontrelli (his mother’s daughter from her first marriage).

Talking about his educational background and qualifications graduated from the University of Southern California.

He began his career in the film industry with the TV series Little House on the Prairie as Jim (episode: “The Election”) in 1977.

He next appeared in Bonanza: The Next Generation (TV) as Benjamin ‘Benj’ Cartwright and Superboy as Stretch (episode: “The Fixer”) in 1988.

Landon Jr. was also a writer. He has written screenplays for various TV and movie works.

Apart from the above, Landon Jr. has also worked in the production team for TV series and movies.

He has a height of 5 feet 9 inches tall and his weight is unknown.

His hair color is blond and his eye color is hazel.

Read also about the loves and lives of celebrities like Michael Landon and Leslie Landon.