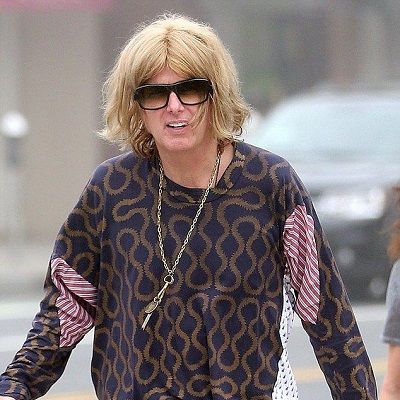 Michael Lockwood is a married man. He has tied the knot with Lisa Marie Presley on 22nd January 2006 in Kyoto, Japan. Their marriage was held in a private ceremony in front of their friends and family.

Lisa was previously married and she had two children. From her marriage with Michael, she has twins. They named the twins Harper and Finley.

Similarly, they filed for divorce on 14th June 2012 and later they legally separated in 2016.

Who is Michael Lockwood?

Michael Dean Lockwood known as Michael Lockwood is an American guitarist and producer. He is the native of Hawthorne, California and best known for producing and performing with Lisa Marie Presley, Aimee Mann, and Fiona Apple.

He was born on 22nd May 1961 in Hawthorne, California, US. There is no information about the parents and siblings of Michael. Similarly, he belongs to American nationality and his ethnicity is unknown.

He graduated from Highland High School in Bakersfield, California in the year 1979.

Talking about his career, he is a guitarist. Similarly, he has worked with Carly Simon, Fiona Apple, Bijou Phillips, Alana Davis, and many others. In the year 1985, he joined the already established but yet unsigned Hollywood group Lions & Ghosts.

Later, they signed EMI America Records and recorded their first album in London. But they disbanded in the year 1989 after a second record was released and several members had changed. Likewise, Michael Lockwood formed a local power pop band Wink with Michael Marquesen, Tony Babylon, & Brian Keats.

He has played guitar in many songs like Storm & Grace, This Kind of Love, Brittany Shane, Lucky Girl, and many others. Similarly, it includes Pianoforte, Soundlight, Anthology, I Am Sam and many more. His producer work includes Bleeding Together, Lost in Space, and many others.

His net worth is estimated to be around $3 million. As he earned this hefty amount of money through his successful career as a guitarist. Similarly, the average annual salary of a guitarist in the United States starts from $63,000but it depends on experience.

Likewise, the estimated net worth of his wife is around $16 million.

Talking about Michael Lockwood’s body measurements, he has a height of 5 feet 9 inches and his weight is 78 kg. Similarly, he has blonde hair and hazel color eyes.