American Michael Lohan is a TV personality. Lohan is renowned as the father of the actress, Lindsay Lohan. He is married to Kate Major and together had two children, Landon Major Lohan and Logan Michael Lohan.

Michael Lohan is married to his long-term girlfriend, Kate Major. They were married on the 30th of October 2014. However, the marriage is in the verse of the divorce.

Together they have two children, Landon Major Lohan and Logan Michael Lohan.

Prior to that he was married to Dina Sullivan Lohan on the 2nd of November 1985. However, they separated in 2007. Together, they have four children, Lindsay Dee Lohan, Michael Douglas Lohan, Jr., Aliana Lohan, and Dakota Lohan.

He also had a short relationship with Kristi Kaufman after being divorced from his ex-wife, Diana. Together they have a child, Ashley Horn Lohan. He took a DNA test in order to confirm that Ashley is his daughter. 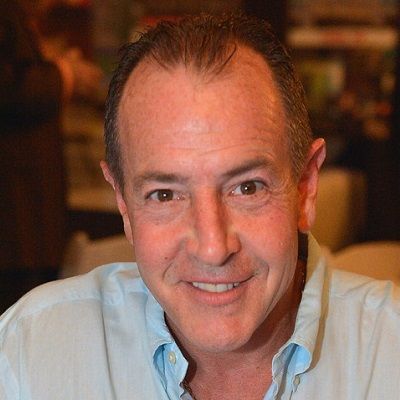 THIS will show her true colors! Thus, not even a call. But that's par for the course with Dina! She didn't even send a card or visit when he was sick."OK! Magazine:Today, on TMZ, my darling daughter Lindsay was asked for a comment in response to me saying, "Samantha is on drugs!" Lindsay’s only response was, 'look at him!'"I'm Not Obsessed: Michael Lohan Has A Lot to Say (December 27, 2008)7

Who is Michael Lohan?

Michael Lohan is a TV personality. Lohan is renowned as the father of the actress, Lindsay Lohan.

Last, in 2011, he appeared in the video, Horrorween as Chindows Exec.

Michael Lohan was born Michael Douglas Lohan on the 25th of April 1960 in Syosset, New York, USA. His father, Richard Lohan is a businessman by profession. His mother, Marilyn Lohan are of Irish-Italian ancestry.

He is the eldest among his three siblings.

In 2008, he appeared as an actor for the movie, the TV movie, Wanna Be Me! In the comedy movie, he played the character of Angel Lohan.

Following the movie, he featured in the horror, The Deed to Hell as an interviewed celebrity. Last, in 2011, he appeared in animated horror-comedy in the character of Chindows Exec.

Apart from that, some of his TV appearances are as follow-

He owns a pasta business which is his family business.

In 1990, Lohan was imprisoned in Nassau County’s jail for three years for the contempt of court. Three years later, he was released with five years of probation.

In 1997, he had been arrested for violation of the probation. At the time, he flew to Napa, California for visiting Lindsay. She was hospitalized for an asthma attack. For that, he served a year in prison.

He was again arrested in 2004, in the charge of attempting assault with his brother in law, Matt Sullivan and driving under the influence of alcohol.

On the 11th of October 2011, he arrested in charge of domestic violence against his girlfriend, Kate Major. Later, he was released from custody with $5000 bail. Also, he was ordered to have no contact with Kate. However, he was in custody, when he tried to contact Kate.

Recently, on Monday, he was arrested for verbal and physical abuse against his wife, Kate Major. He is charged for the misdemeanor of criminal obstruction of breathing or blood circulation and second-degree harassment.