Michael Lohan Jr. is married to his girlfriend since 2007, Nina Ginsberg. They together walked the aisle on 8 July 2017 in Block Island, Rhode Island.

The I Do ceremony was attended by the friends and whole family except Michael’s sister Lindsey. As per the reports, she was busy with her top-secret project at the time of the wedding. 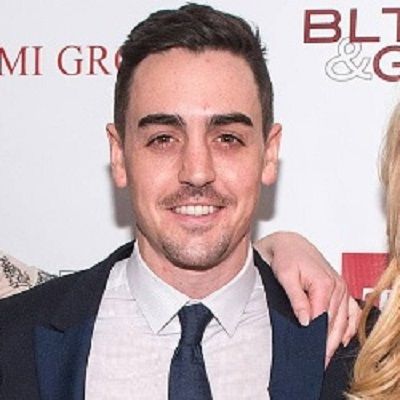 Who is Michael Lohan Jr?

Michael Lohan Jr. is an American actor who was seen in a movie known as The Parent Trap.

He has three siblings. His sister’s name is Lindsay Lohan and Aliana Lohan who both are actors. His younger brother’s name is Dakota “Cody” Lohan who was born in 1996.

Michael has a degree in Business Administration from Ithaca College. He passed out in the year 2010.

Before this, he attended Sanford H. Calhoun High School, Merrick, New York and was graduated in 2006.

Lohan Jr. is an actor who has appeared in the film The Parent Trap. This movie came out in 1998 in Disney and Michael has played the character of a boy.

This movie was of an adventure-comedy-drama genre and has casts like Lindsay Lohan, Dennis Quaid, Natasha Richardson, and more.

Michael Lohan Jr. has not been in any controversy or rumors.

However, his father Micahel was arrested on 25 Oct 2011 with a charge of domestic violence with his girlfriend Kate Major. He paid $5000 for his bail.

This actor has an estimated net worth of $500 thousand. His movie The Parent Trap (1998) has collected around $92.1 million and was made with a budget of $15 million.

In addition, his sister Lindsey has an estimated net worth of around $5 million.

He stands with a height of 5 ft 11 inches and average body weight.