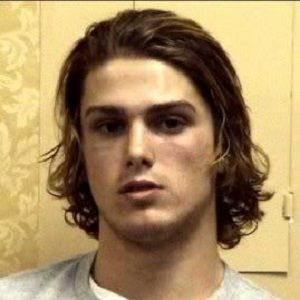 Michael Mantenuto was a married man until his death. He was married to Kati Vienneau. They had two children together. He has a son named Leo and daughter called Ava.

There is no any information about their dating history and marriage date. His married life ended with his death on 24 April 2017. There are no other records of his past relationships.

Who is Michael Mantenuto?

Michael Mantenuto was an American actor, ice hockey player, and Army non-commissioned officer. He was best known for his performance as Jack O’Callahan in the 2004 biopic Miracle. He died on April 24, 2017, at the age of 35. It was later revealed he had committed suicide by gunshot.

Michael Mantenuto was born on 13 May 1981, in Holliston, Massachusetts, USA. He was an American by nationality. His ethnicity is unknown to the media.

He was the son of Ed Mantenuto. His father was a hall monitor at Algonquin Regional High School in Northborough, Massachusetts.

In 2004, he made his acting debut in the movie Miracle. In 2008, he appeared in his second and last movie titled Surfer, Dude.

Michael Mantenuto: Salary, and Net Worth

His salary during his hockey career is unknown to the media. His net worth has not been disclosed to media.

Michael got into a fight on the ice with another player who picked on him and other guys during tryouts for Miracle in 2004. He later apologized to director Gavin O’Connor for the fight.

On April 24, 2017, Mantenuto was found dead at the age of 35 in Des Moines, Washington. It was later revealed he had committed suicide by gunshot. The reason behind his suicide has not been revealed yet to the media.