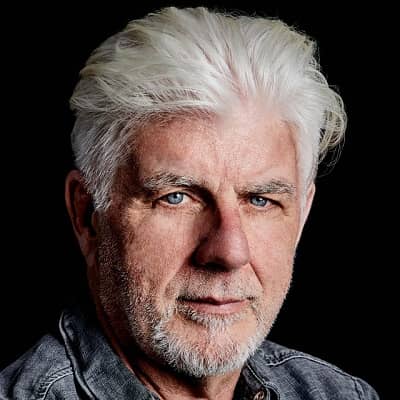 What is the relationship of Michael McDonald?

Talking about his relationship details, Michael McDonald is happily living a married life along with his longtime partner, Amy Holland. The couple tied the knot on 21 May 1983.

Moreover, he has two children named Dylan(born in 1987) and Scarlett(born in 1991). Presently, they live in Nashville, Tennessee without any sign of complication.

Who is Michael McDonald?

Moreover, his solo career consists of nine studio albums and a number of singles such as the 1982 hit, I Keep Forgetting'(Every Time You’re Near)”.

McDonald is the recipient of five Grammy Awards and was inducted into the Rock and Roll Hall of Fame as a member of the Doobie Brothers in 2020.

Michael McDonald was born on 12 February 1952. At present, he is -a 69years young star. Likewise, his birthplace is St. Louis, Missouri, USA.

Not much is known about his father and mother’s details, Michael has not mentioned his family details. Moreover, he has two sisters.

Talking about his nationality, McDonald holds an American identity whereas his ethnicity is Catholic Irish.

Regarding education, the musician studied at McCluer High School. He played in local bands while studying at higher school alongside Mike and the Majestics, Jerry Jay, and the Sheratons, the Reeb-Tours/Younger Brothers, and the Guild.

Earlier, Michael became a member of Steely Dan’s touring band, singing lead and backing vocals. He also became one of the many in-studio adjunct members of the band, providing backing vocals on the tracks for 1975’s  Katy Lied.

Moreover, Michael McDonald continued to provide backing vocals for Steely Dan through their 1980 release, Gaucho. He also joined Steely Dan on the band’s summer tour, both as the opening act and as part of the band. The musician was recruited by the rock band, the Doobie Brothers in April 1975.

He sang the lead vocals on some of the band’s best-known songs, like Real Love, Talkin’ It to the Streets, Little Darling, It Keeps You Runnin, Minute by Minute, and What a Fool Believes. At the same time, McDonald co-wrote, You Belong to Me with Carly Simon.

Freshly, Michael featured as a guest vocalist on the song, What the World Needs Now on Babra Streisand’s Walls in 2018, and in 2021, he was featured on The Best of Me from Toad the Wet Sprocket’s seventh studio album, Starting Now.

A famed musician McDonald has earned a handsome amount of money He has been active in his profession from the year 1974 till the present.

As per celebrity net worth, Michael McDonald has an estimated net worth of $50 million as of 2022.

Michael McDonald has never been part of any controversial matter or rumors till now. The star has been preoccupied with his professional and private life.

It seems that McDonald prefers enjoying his personal life and does not want to merge it with his professional life.

69 years young star, Michael McDonald has handsome looks and an admirable personality. He stands at a height of 5 feet 11 inches. Also, he has a balanced body weight of 81 kg.

Furthermore, McDonald has blue eyes whereas his hair is white.

Regarding his social media presence, Michael McDonald is an active personality on social media. Michael has more than 31.3k followers on his official Instagram account @michaelmcdonaldofficial.

Michael McDonald is also active on Twitter with around 91.4k followers. The star has more than 47.1k subscribers on his official self-titled YouTube channel.

Moreover, McDonald’s is also available on Facebook with nearly 460k fans and supporters.