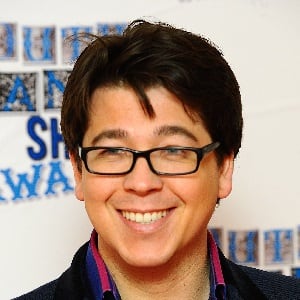 I've got a little baby, I made him...He doesn't speak, he's 2...He's a slow learner, he's only got 2 words...car and map...I'm slightly worried he's trying to escape. If his next word is passport we are in serious trouble!

My wife and I both made a list of 5 people we could sleep with...she read hers out and there were no surprises...1 George Clooney...2 Brad Pitt etc...I thought 'Ive got the better deal here'...1 Your sister

There are only two conditions where you’re allowed to wake up a woman on a lie-in: it’s snowing or the death of a celebrity.

What is the relationship of Michael McIntyre?

Michael McIntyre is a married man. He is married to Kitty Ward. The pair married in 2003.

They have two children from this marriage, Lucas McIntyre and Oscar McIntyre. McIntyre’s marriage is going strong as there is no news regarding any extramarital affairs at present.

Who is Michael McIntyre?

Michael McIntyre is an English comedian, TV presenter, and actor. He was the highest-grossing comedian in the world in 2012.

Michael McIntyre was born as Michael Hazen James McIntyre in London on February 21, 1976. Currently, he is 45 years old. He was born to parents Ray Cameron and Kati Cameron.

In addition, he developed an interest in the world of comedy in his childhood years. He is of English and British nationality. Furthermore, he belongs to a mixed ethnic background of Scottish, Ashkenazi Jewish, and Hungarian.

McIntyre initially voiced E.T. in ‘Bloodbath at the House of Death’. In 1989, he appeared on camera asking a question as one of the audiences of the show ‘Going Live!’

Since then, he has appeared several times on BBC One’s ‘Live at the Apollo’. Additionally, he has also made appearances in shows including ‘Have I Got News for You’, ‘Would I Lie To You?’, ‘Alan Carr: Chatty Man’, ‘8 out of 10 Cats’, and Chris Moyles’ Quiz Night’ among others.

Apart from his work in television, McIntyre has also performed three times in the ‘Royal Variety Performance’. He has been part of several radio programs like ‘Does the Team Think?’, ‘The Jon Richardson Show’, ‘The Chris Moyles Show’, and ‘Desert Island Discs’.

Furthermore, he is the author of ‘Life and Laughing: My Story which is an autobiography that he released in 2010.

Michael McIntyre won the Chortle Awards in 2008. In 2009, he received the GQ Award and British Comedy Award. In addition, he has also won a National Television Award and BAFTA Award.

McIntyre has not revealed his current salary. However, he has an estimated net worth of around $30 million at present.

Several of McIntyre’s comedy gigs has been controversial over the years. However, this is normal considering his line of work. He made the news in January 2018 after he was robbed of a Rolex watch while he was outside his children’s school. At present, there are no rumors concerning his life and career.

Talking about his body measurement, McIntyre has a height of 5 feet 7¾ inches (1.72 m). Additionally, he weighs around 86 kg. Furthermore, his hair color is black and his eye color is green.