Actor Michael McKean is married and a father of two. 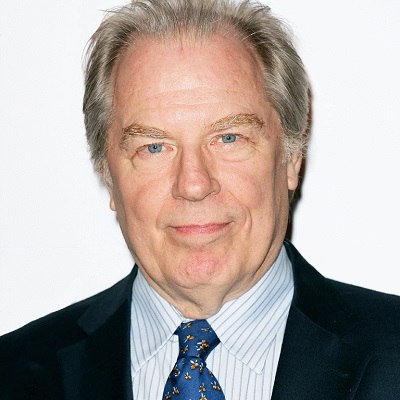 [describing how he and wife Annette O'Toole go about writing a song's music and lyrics] When we've done it - and this sounds like I'm talking about sex, doesn't it? - we've done it every way you can.

[on why he was offered Saturday Night Live at age 46] Phil Hartman had just left the show and they needed somebody to play David Spade's dad.

They were engaged in 1998. O’Toole is an American actress, dancer, and singer-songwriter.

While McKean was working on American television Laverne & Shirley. They became good friends in 1997. They also work together on Final Justice.

McKean is also the Stepfather of O’Toole two children, Neil and Anna Geisslinger.

Previously, McKen was married to Susan Russell on October 10, 1070.

Together, they have two children, Fletcher McKean and Colin McKean.

Who is Michael McKean?

He is recognized for his first big role as annoying neighbor Lenny Koslowski in Happy Days and as a cast member on Saturday Night Live.

He is also a voice actor for films like Batman: The Dark Knight Returns, Surf’s Up, and The Hunchback of Notre Dame II.

His father Gilbert is a singer and founder of Decca Records. He was grown up in Sea Clif, New York, on Long Island.

He also has one elder sister and one younger brother.

His mother Ruth used to work at a school library.

Michael’s greatest inspiration was Stanley Holloway, who is a British actor and comedian, performed in a one-man show called ‘Laughs and Other Events in New York. After seeing his comedy acting Michael decided to become an actor and make people laugh and happy.

Michael’s first debut in the film industry from the small role in Cracking up in 1977.

1989, he played and wrote the film, The Big picture was released.

In 1997, he appeared on the American direct-to-video fantasy family comedy film Casper: A Spirited Beginning as a Bill Cae.

He started his TV career in 1976 from the show Laverne & Shirley as a Leonard ‘Lenny’ Kosnowsk. He played in about 149 episodes of this show. With the same role, in 1979, he appeared in Happy Days.

1984-1995, he was a part of Saturday Night Live, as David St. Hubbins and other various characters.

In 2019, he was cast in a comedy-based series, Veep, and in novel-based, Good Omens.

On May 22, 2012, Michael was hit by a car while he was walking on the road. Due to an accident, his leg was broken, and hospitalized immediately for treatment. After a week, he was transferred to another for healing. On May 31, 2012, he was discharged from the hospital. As of May 24, 2012, there is a short clip uploaded on YouTube about his accident condition.

McKean’s net worth is approximately $12 m US.

The Musician’s average salary in the United States is $44 k the US per year.

McKean has blue eyes with light hair. His height is 6 feet and his weight is 82 kg.

Micheal has 358.7 k followers on Twitter with id @MJMcKean.

You may also read about the early life, career, net worth, relationships, and controversies of other comedians like Bill Irwin, Noah Munck, Larry Miller, Hayes MacArthur, and Paul Rodriguez.