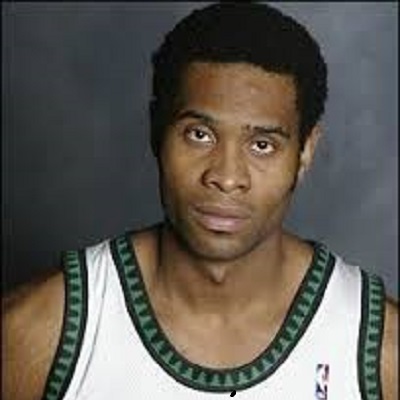 You wake up thinking you might hear about it in the news. Sometimes, I'll go on the Internet or watch television. If I see it, then I'll know

Coach Casey's been very supportive, ... We talked in depth about my past and my situation and some of my challenges over the years. He gave me nothing but support. ... When a coach does something like that, it commands your respect

When he was there, I had a great season. Obviously, he's entitled to his opinion. He's very well-accomplished, and that's within his right. I wouldn't characterize his being there as really working with me. He was there with the team

It's really easy to pick people out and blame people for whatever. That's true for Sam.

Michael Olowokandi was in a committed relationship with Suzie Ketcham. They met at Pepperdine University and soon began dating.

Suzie became pregnant with their first child when she was in college. Later, she also gave birth to a second child but their gender and name are not disclosed for privacy reasons. The couple dated for 10 years but later broke-up without getting married.

He doesn’t reveal much about his personal life but it has been reported that he is single.

Who is Michael Olowokandi?

He was born in Lagos and raised in London. In 2007, he retired from the sport. He is also called the ‘Kandi Man’.

So far, there are no pieces of information about Olowakandi’s mother. He has one brother, Soji Abbidemi Olowokandi.

His nationality is Nigerian and his ethnicity is not known so far.

Olowokandi went to the  Newlands Manor School in Seaford, East Sessex, and Brunel University. In 1995, he joined The University of The Pacific and later graduated from there with a degree in Economics.

After eventually getting his chance to play for the Clippers, he played there for five seasons. After that, he signed for Minnesota Timberwolves for the 2003-4 season, and in 2006, he signed for Boston Celtics. He was a terrific player who averaged 8.3 points with 6.8 rebounds and 1.39 blocked shots per game. Unfortunately, injuries didn’t let him stay at his best for a long time.

During the last 20 games of the season, he averaged 17 points per game and was one of the biggest free agents in the 2002-3 agency class. He played 36 games in the 2002-2003 season before sustaining a serious injury which forced his way out for the rest of that season. Furthermore, in his last year with the Clippers, he sustained a knee injury and Hernia, which greatly affected his abilities.

He finished that season with an average of 12.3 points per game with 9.1 rebounds, 2.2 blocks, and 2.7 turnovers. During the offseason, he joined Minnesota Timberwolves. Injuries limited his time in the Timberwolves as he stayed sidelines for the most part of the season and was very inconsistent in his performances.

Michael Olowokandi was a great player but due to his injuries, he never really reached his true potentials. He showed how good he can be in his time at the NBA and if not for her injuries, he would have been a really great player.

In 1998, he became the Big West Player of the Year. Furthermore, he made it to the NBA All-Rookie Second Team in 1999. Moreover, Pacific has retired his jersey number of 55.

As of 2020, Olowokandi is worth $20 million. In his professional NBA career, he earned a total of $38 million in salaries.

Michael Olowokandi is considered to be one of the biggest disappointments in NBA drafts. He is named a ‘bust’ by many magazines and websites. In the 2001-2002 season, he criticized the Clippers publicly which became a topic of controversy. His comments were about the tight-wallet Clippers who worried their players about contract situations. Although his comments were fair, he received a fair amount of criticism for this.

In 2001, he was arrested at his home for cohabitant abuse, false imprisonment, and robbery. He left by paying $50,000 bail.

Michael Olowokandi was always known for his huge height. He stands at around 7 feet tall. Also, he weighs about 122 kg. He has dark brown-colored eyes and his hair color is black.