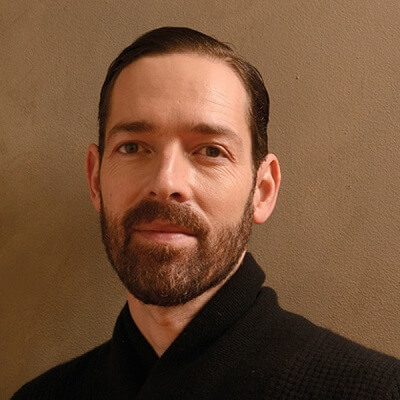 ''(On Once Upon a Time in the West (1968)) Maybe it was because they are more cartoonish. They were framed differently, their particular way of close-ups. The music was more on top of the picture than any others, played so much into character that it identified certain instruments with people. That's what I thought a Western should be. If someone asked me what my favorite Western was, I'd say, "Leone", and people were cracking a smile'', ''The Kerouac Estate was looking for directors to do a couple of his books and they sent me Dharma Bums first and I wasn’t too keen on it. I didn’t like the title really, I like the book, just didn’t like the title, but Big Sur was something I was very familiar with because it was his last novel. [With] the end of his life, you could tell everything about him. You could tell the beginning, you could hear about On The Road. It was a capsule of the Jack Kerouac living in life. To me that was the best book.''

Kate is an American actress and model.

The couple met in the set of Big Sur and started dating each other in July 2011.

In August 2012, Bosworth and Polish announced their engagement and married on August 31, 2013, in Philipsburg, Montana. The couple treated guests with hiking, horseback riding, and fly fishing.

Previously, Michael had married makeup artist Jo Strettell in 1998 and got divorced in 2004. Together they have a daughter Jasper Polish.

Who is Michael Polish

Michael Polish is an American director, screenwriter, and producer.

Michael Polish was born in El Centro, California, the USA on October 30, 1970, to Austrian ancestry.

He has an identical twin, Mark J. Polish. Mark is an actor and producer by profession.

The two brothers are famous as the Polish Brothers in the film industry. Michael usually directs movie whereas Mark often has an acting role.

He studies at Rocklin Elementary and graduated from Roseville High, California.

Then, he went on to study at the California Institution of Arts in California, USA.

Michael as a Director, Screenwriter

Michael began his film career along with his brother Mark.

They wrote and starred in the 1999 movie Twin Fall Idaho, which was directed by Michael. The movie is a tale of conjoined twins.

In 2000, the Polish brothers wrote Jackpot, the story of a deluded Karaoke singer on a tour of American dive-bars.

In 2002, they together made an independent film Northfork (2003). During the time their financing collapsed so, the brothers signed their house to creditors and paid for their movies with personal credit cards.

In 2006, the brothers made their fourth film, The Astronaut Farmer. The movie is about a former NASA astronaut, who has been obsessively building a rocket in his barn.

The brothers then shot two films back-to-back, Manure and Stay Cool. Both movies were released in 2009.

In May 2010, the Polish brothers produced the movie For Lovers Only along with Sean 0’Grady.

In 2013, Michael directed American adventure drama, Big Sur, an adaptation of the 1962 novel of the same name by Jack Kerouac. The film debuted on January 23, 2013, at the 2013 Sundance Film Festival, where it received generally positive reviews.

They even launched their new production company, Prohibition Pictures along with partners Ken Johnson, Janet DuBois, and Jonathan Sheldon in 2008.

In 2005, the Polish brothers, along with producing partner Jonathan Sheldon wrote and released The Declaration of Independent Filmmaking.

How Much Does Michael Polish Earn?

Michael Polish has a net worth of around $1 million – $5 million according to the sources. Annually, he earns $257,815 as a director.

His first movie Twin Falls Idaho was a financial success earning $985,341 in the box office.

The 49 years old director has brown hair and brown eyes. He is 5 feet and 8 inches tall.

You may also know about the body measurements, net worth, the early life of Mark Neveldine, Chris Long (Director), and Max Joseph.

Former Olympian swimmer Michael Klim has a luxurious Balinese life as a multi-million dollar business owner and a single dad!