Michael Rapino is currently the CEO plus President of an agency named, Live Nation Entertainment.

Michael Rapino is currently married. He met Jolene Blalock in 2003 while shooting for an advertisement.

Jolene is a model/actress and they exchanged vows on 22 April 2003. Their wedding was performed at Negril, Jamaica.

Together this couple is blessed with three children. Two of their sons’ names are Rivers Rapino and Ryder James Rapino. 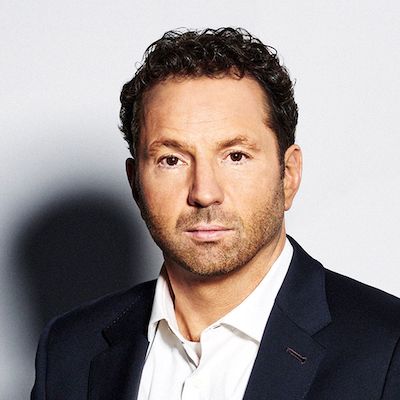 Who is Michael Rapino?

Michael Rapino is a Canadian businessman. He is currently the CEO plus President of an agency named, Live Nation Entertainment.

As per the sources, he was born in 1967 in Thunder Bay, Ontario, Canada but his full birthdate is unknown. The name of his father and his mother is under the rug.

Michael’s ancestry is Caucasian and in academics, he attended Lakehead University. From here, he got his bachelor of administration in 1989.

Michael Rapino from 1988 till 1999 served as Senior Executive in Marketing and Entertainment Divisions for Labatt Breweries of Canada.

In 1998, he co-founded Core Audience Entertainment. He joined Clear Channel Communications in 1999 as CEO and President. With this company, he worked for six years and left in 2005.

Then Michael became CEO and President of a company named Live Nation Entertainment in Aug 2005. It deals in tickets, concert production, marketing, artist management, and more.

Also, he was appointed as a BOD at SiriusXM in Jan 2018 and is still working with them. Moreover,

As of 2022, he has accumulated an estimated net worth of around $120 million US. Also, his salary from his businessman career is not yet disclosed.

His company Live Nation Entertainment which was founded in 2010 has a net income of over $70 million in 2019. Similarly, its assets are valued at $10,976 million.

This CEO is keeping himself away from rumors plus scandals at present.

Regarding Michael Rapino’s body features, his height and his body weight are average. He has dark brown eyes with hair in black.

Michael is active on social networking sites. His Facebook and Twitter accounts have more than 4.1k and 36k followers respectively.