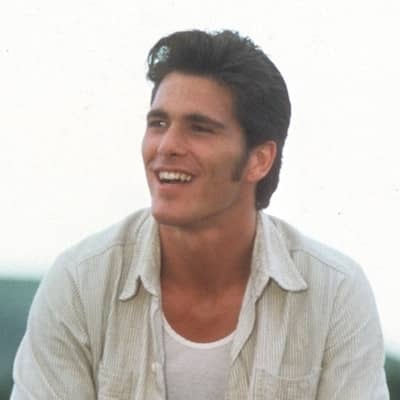 Michael Schoeffling met the love of his life when he was working in the industry as an actor. In a private ceremony, surrounded by friends and relatives, he married Valerie C. Robinson. They have two lovely kids together, named Zane and Scarlet.

Who is Michael Schoeffling?

After more than seven years in the industry, he decided to quit and started his own company, handicraft furniture, in his hometown Pennsylvania.

Michael Schoeffling was born in the USA on December 10, 1960, in Wilkes-Barre, Pennsylvania. He is of American nationality but his ethnicity is unknown. Sagittarius is his zodiac sign.

He has two brothers, Matt and Tom. In Pennsylvania, Michael grew up with his parents and shared his childhood with two brothers, Tom and Matt.

As per his education, he graduated high school at Cherokee High School and earned his degree in Liberal Arts from Temple University.

As a wrestler, Michael began his career and won many tournaments. In Freestyle Wrestling, he even won a gold medal. He later pursued his career in the film industry at the age of 23 with a film called Sixteen Candles, in which he played the character of Jake Ryan in 1984.

He landed a short part in the film Racing with the Moon in the same year.

His wrestling abilities came in handy in the year 1985, when he got the role of Kuch in the novel-based drama film, Vision Quest. Later, in movies such as “Lets ‘Get Harry,” “Longtime Companion,” “Slaves of New York,” “Mermaids,” and so on, he went on to act.

Michael quit acting after remaining in the industry for seven years as he was not signed up for movies. So he changed his career, choosing to start a company of his own.

He has artisanal furniture to make a living as of 2019. He has a gross net worth of $500 thousand when it comes to Michael’s net worth but his salary is unknown.

The star prefers not to be involved in any such activities that lead her name to appear in any rumors and controversial news.

Michael Schoeffling has a good height of 6 feet. He has brown hair color and his eye color is black. There is no much information about his shoe size, body weight, and other measurements.