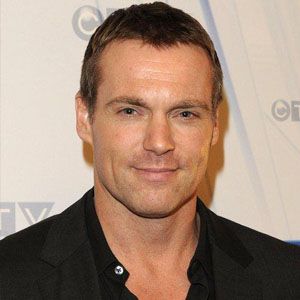 I think that you can take things personally or get hurt feelings as a result of something not working out just because your psyche said it should or you deserve it, or whatever it is.

Just taking every day one month at a time...

The actor is married to actress Lexa Doig. They met in 2001 while guest-starring on the series Andromeda, in which she starred. The couple exchanged vows on August 2, 2003.

They welcomed their daughter, Mia Tabitha Shanks on 2004. Likewise, their son, Samuel David Shanks was born in 2006.

Previously, Michael Shanks dated Vaitiare Bandera. She is a model-actress, and has portrayed Sha’re his character’s wife, on Stargate SG-1. They have a daughter, Tatiana Shanks born in 1998. Tatina is his eldest child.

Who is Michael Shanks?

Michael Shanks is one of the popular names in the entertainment industry. He is a Canadian actor, director, and also writer.

He is famous for a Canadian–American military science fiction television series known as Stargate SG-1.

Likely, his roles as Dr. Charles Harris on the Canadian medical drama Saving Hope was also one of his best performance.

Shanks was born on December 15, 1970, in Vancouver and was raised in Kamloops, British Columbia. He has two younger siblings, both brothers.

He was raised in Kamloops, British Columbia.

They grew together and once he said in an interview that his siblings were very naughty in his childhood. Moreover, he played hockey, rugby, etc. when he was young.

Michael Shanks finished his education from the University of British Columbia. Furthermore, he was in the BFA Acting Program from 1990 to 1994.

Michael Shanks was in the BFA Acting Program. After attending there he started his career in several stage productions. For almost two years he served an apprenticeship with the prestigious Stratford Festival in Ontario. Then he got the opportunity to feature in the movie.

His career breakthrough role is Dr. Denial Jackson in Stargate SG-1. He received much appreciation for his acting ability in this series by both critics as well as the public.

After it, he appeared in both direct-to-DVD Stargate films which were released in 2008. His movie Stargate: The Ark of Truth and Stargate: Continuum won the 2009 Leo Award for Lead Performance by a Male in a Feature Length Drama for Continuum. And in the year 2001, he was also starred in one of the episodes on the Sci-Fi series Andromeda as a guest.

Apart from it he then appeared in various movies. Some of his popular movies include Suspicious River, Suddenly Naked, Door to Door, All Around The Town. Likewise, he also has various guest appearances on TV shows such as Sedgwick, Outer Limits, Sumuru and so on.

In the year 2006, working out with his co-star and friend Christopher Judge, they formed a production house named Slacktwaddle Productions. They produced the Women of Sci-Fi calendar in 2007 firstly and then Men of Sci-Fi in the year 2008.

In the year 2004, he won the LEO Award for “Best Performance By A Male Lead” and was also nominated for a Saturn Award as well. Likewise, he has his name on other different nomination lists.

The actor has appeared in various of the movies and also has produced his own show. So he must have good earning and is living a luxurious lifestyle. His net worth is $2 million.

Michael Shanks seems to have maintained good relation all of the other people in her personal and professional life. And hence he doesn’t fall under any of the rumors or controversies.

Michael Shanks stands with the perfect height of 6 feet and weighs 83 kg. He has blue colored eyes and likely, black colored hair. And other information about his body measurement is unknown.

Also get to know Andrew Frankel, Kate Miner, Karen Finney, Gage Golightly and so on.