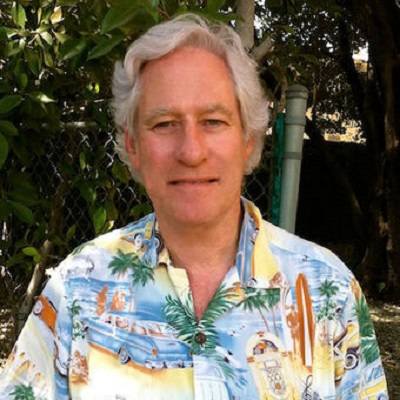 Michael Sloan is a married man. His wife is non-other than the actress and producer, Melissa Sue Anderson (a.k.a Mary Ingalls of Little House on the Prairie ).

Who is Michael Sloan?

American-Canadian Michael Sloan is a screenwriter, producer, and author. He is renowned as the writer of The Equalizer.

Michael Sloan was born on the 14th of October 1946 in New York City, New York in a showbiz family.

His father, Michael Sloane, and mother, Paulo Stone were stage producers by profession. They are popular for their shows like The Red Mill. Also, his maternal grandfather, Fred Stone was a stage performer.

He has a sister, Judy Sloan. They are of Irish ethnicity. He has not shared any details about his educational background.

Initially, Michael Sloan started his career as a screenwriter in the early ’70s. His early works include movies like Hunted, Assassin, and Moments which was distributed by Columba/Warner Bros. Also, he produced all the movies.

Moving forwards, he contributed screenplay for the TV series, Columbo for a single episode. After that, he landed his first studio job at the Universal studio and wrote for the series, Harry O.

Later, he contributed his script for the series like McCloud, Quincy M.E., and Kung Fu: The Legend Continues. Moving forward, he wrote and producer the series, The Master that turned out to be a milestone of career.

Last, he produced the movie, The Equalizer 2. Also, he is the screenwriter of the movie.

He started his journey as an author with the mystery book, The Haunted House in 1978. After that, in 1984, he published the book, Underground: A Thriller.

Two years after, he launched the novel, The Equalizer: A Novel. Moving forwards, he wrote the sequel of the book including Killed in Action and The Equalizer 2, to Even the Odds. Last, on the 30th of April 2020, he launched his latest series, EQUALIZER: Thriller.

In 1978, he was nominated for Primetime Emmy for the drama series, Quincy M.E.

Also, as an author, he makes in a range of $24k to $103k. Apart from that, he also earns through the royalties of his books too. Besides that, a significant portion of his net worth is attributed to his production works too.

As of now, he has managed to be far from any kind of controversy that created a buzz in the media. Similarly. there are no rumors linked with him.

Michael Sloan has light brown eyes with light hair. He has a decent height and weight. However, details about his body stats are not available.

Why was Michael Berryman born with the strange face and skull? Know about his hypohidrotic ectodermal dysplasia, discovery by George Pal, horror film career, and childhood bullying!