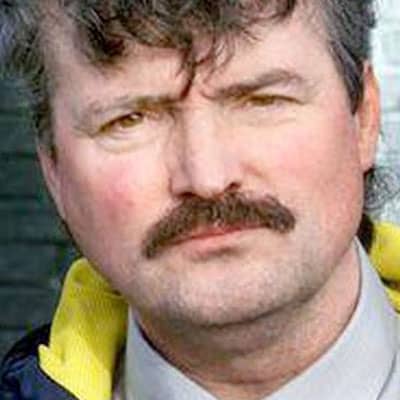 What is the relationship of Michael Stone?

Michael Stone’s relationship status at present is divorced. He exchanged vows with Marlene Leckey in the year 1976 and started to live apart after two years. Finally, in 1983, they got divorced.

After, he tied the knot with Leigh-Ann Shaw in the year 1985. Together they welcomed two children. But his second wedding also ended with divorce.

As per the reports, Michael has other seven kids from his marriages.

Who is Michael Stone?

He is as of now released under parole.

He is not in jail as of now as he is let go but on a parole basis in 2021. He was arrested and sentenced to 18 years of jail for the murder at Milltown cemetery. The attack was made in March 1988 in which three people were killed plus sixty were injured.

Michael Stone was caught for this incident and was imprisoned. He was then released after 13 years in July 2000 under the Good Friday Agreement. But again in 2006, the police took him in the charge of entering Parliament Buildings at Stormont being armed.

He has a Beretta 92FS pistol, a knife and also placed 8 bombs on the premise. He told his plans to kill leaders Gerry Adams and Martin McGuinness. Then the court made a decision and found Stone guilty to try to murder the leaders.

His birthdate is on 02 April 1955 and he was born in Harborne, Birmingham, England. The name of his mother was Mary Bridget O’Sullivan and his father’s identity was Cyril Alfred Stone.

His mom dad separated after he was born then he grew up with his aunt Margaret. He grew up with Margaret’s kids whom he considers his siblings too. They are John (brother) plus four sisters, Rosemary, Colleen, Sharon, and Shirley.

Further, Michael’s ancestry is English, and has a sister named Rosemary Gregg. As per his academics, he passed out from Braniel Primary School.

Michael Stone joined the Ulster Defence Association after meeting commander Tommy Herron. But he was killed by his own colleagues and Stone left the group.

After this, he joined Red Hand Commando in Jan 1974. But he returned to Ulster Defence Association after ten years. When he was released from prison in 2000, he started to work as an artist.

By the 2022’s data, he has an estimated net worth of around $500k. However, his per-year salary is not yet revealed.

Michael Stone’s height and body weight are average. In addition, he has brown hair and has eyes in brown color.