Michael Tucker is an American actor and author. He is best known for his portrayal of attorney Stuart Markowitz in the television series, L.A. Law for which he received nominations for two Golden Globe Awards and three Primetime Emmy Awards. He is a married man. 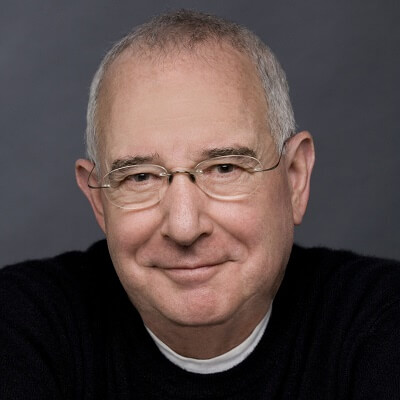 Michael Tucker is a married man. He is married to Jill Eikenberry. She is an American film, stage, and television actress best known for her portrayal of lawyer Ann Kelsey in L.A. Law for which she won the Golden Globe for Best Actress in a Drama Series in 1989.

The couple first met at the Arena Stage and appeared in the play, “The Night Thoreau Spent in Jail” in 1970. They both went on to star in L.A. Law. The couple exchanged wedding vows on 18 June 1973. From their marriage, they have a son named Max Tucker. They have now been married for over 46 years.

The couple appeared in various movies together such as Assault and Matrimony, The Secret Life of Archie’s Wife, A Town Torn Apart, and Gone in a Heartbeat.

Tucker also has a daughter from his previous relationship named Alison Tucker.

Who is Michael Tucker?

Michael Tucker is an American actor and author. He is best known for his portrayal of attorney Stuart Markowitz in the television series, L.A. Law for which he received nominations for two Golden Globe Awards and three Primetime Emmy Awards.

Michael Tucker was born on February 6, 1945, in Baltimore, Maryland, US. As of 2020, his age is 75. Very little is known about his early life and family background. There is no information about his parents. Similarly, he has not revealed anything about his siblings and other family members. He grew up in Maryland and had an interest in acting from an early age.

He first developed an interest in performing as a teenager when he made a chorus appearance in an amateur theater presentation of “Peter Pan” as a “Lost Boy.”

Talking about his educational background, Tucker went to the Baltimore City College High School in Baltimore. After graduating from there, he attended Carnegie-Mellon University in Pittsburgh, Pennsylvania.

Michael Tucker first started his work in stock shows and in such repertory companies like the Long Wharf Theater and Washington’s Arena Stage. He used to earn a side income as a college acting coach.

He later landed work in character parts and made great progress on stage in productions such as “Moonchildren”, with Jill, in 1972. Moreover, he also featured in the classics, “The Comedy of Errors”, “The Merry Wives of Windsor”, and “Measure for Measure”. In 1976, he made his debut on Broadway in a revival of “Trelawny of the Wells” with Meryl Streep and John Lithgow.

A couple of years later, he landed roles in films and TV.. He started with minor roles in Final Chapter: Walking Tall (1977) and Eyes of Laura Mars (1978) before getting a breakthrough role in the critically-acclaimed movie, Diner (1982).

Woody Allen recognized his talents and featured him in The Purple Rose of Cairo (1985) and Radio Days (1987). In 1986, he and his wife Jill were cast as “Stuart Markowitz” and “Ann Kelsey”, respectively, in the TV series, L.A. Law (1986) which ran for eight seasons. For his performance as Stuart, he earned nominations for three Emmy awards, their characters also married on the show.

Tucker has written three books, including Wine, and Love in Italy, Living in a Foreign Language: A Memoir of Food, and Notes From a Culinary Wasteland.

In 2006, he and Jill produced a PBS documentary called Emile Norman: By His Own Design. In March 2015, Michael co-starred with Jill in the play, ‘The M Spot’ presented at the New Jersey Repertory Company.

As of 2020, Michael Tucker has an estimated net worth of around $1 million – $5 million. He has earned a good amount of fortune from his career so far. There is no information about his salary but on average, an actor earns around $40k per year.

Tucker stands at a height of 5 feet 5 inches. He has salt and pepper hair and a pair of brown eyes. There is no information about his weight.

Tucker is not active on social media sites. He has stayed very private with his personal life and has chosen to stay away from the social media world.

You may also like to read the Bio, Career, Body Measurements, Net Worth, Social Media, Relationships, and more about Max Walker (Canadian Actor), Éric Bruneau, Deyjah Harris, and more.