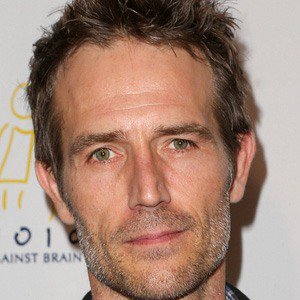 I would rather do movies because I'm very lazy and the hours are much easier.

I hate gold. I'm sort of a sterling-silver guy.

I wish I were a character actor. Of course, if I played hockey without a mask, I could become one.

Previously, he was married to Lauren Skaar on April 2, 2011, at the Pelican Hill Resort in California. They announced their engagement in March 2010.

The pair met in a Whole Foods Market parking lot in Los Angeles in 2009. However, the relationship did not go well and he filed for divorce in July 2014, citing irreconcilable differences.

Who is Michael Vartan?

Michael Vartan is a French-American actor. He is best known for his role as Michael Vaughan on the ABC television drama ‘Alias’.

Also, he has been recognized for his role as Terence Anderson on the ‘E!’ drama ‘The Arrangement’.

He was born on November 27, 1968, in Boulogne-Billancourt, Hauts-de-Seine, France. His birth name is Michael S. Vartan and he is currently 51 years.

His mother is a Polish-Jewish immigrant to the US and his father was from Bulgaria. He is the stepson of writer Ian La Frenais. Michael has got a brother named Nicolas Vartan.

Michael’s parents got divorced when he was five years old. After that, he moved to the US with his mother and later moved back to France to be with his father until his high school years. He grew up a farm kid in a simple environment.

Then, he moved to Los Angeles to his mother and told her that he wanted to be an artist because he did not wish to fulfill the mandatory military service required in France.

He is an avid hockey player and fan of the NHL’s Los Angeles Kings. His hobbies include painting and playing guitars.  Initially, he wanted to be a pool player but later changed his mind to acting. He sued to play pool 12 hours a day for five years.

Michael holds American and French citizenship and his ethnicity is a mix of Ashkenazi Jewish, Bulgarian, and Armenian.

He attended his high school in France and later attended an acting school in Los Angeles. Also, he joined the prestigious Lycée Français de Los Angeles.

Michael Vartan made his noticeable performance supporting roles in films like ‘Never Been Kissed’ in 1999, ‘One Hour Photo’ in 2002, and ‘Moster-in-Law’ in 2005. He also made his appearance in the Australian horror film ‘Rogue’ in 2007 and starred in the film ‘Jolene’ in 2008.

After the release of the film ‘Rogue’, he got a Southern Cross tattoo on his right arm in order to show his love for Australia.

He made his breakthrough from the role of Michael Vaughn in the American television series ‘Alias’ from 2001 to 2006. Later, he portrayed the guest role as Dr. Rim Burke in the series ‘Friends’ and Jonathan Basset in ‘Ally McBeal’.

He played the main role, James Walker in the ABC drama ‘Big Shoots’ however, the show was canceled after one season. Recently, he appeared as Terence Anderson in the series ‘The Arrangement’ from 2017 to 2018.

There was a rumor regarding the separation of Michael with Jennifer Garner ad the rumor ended after the pair confirmed their break up in August 2004.

Michael Vartan has a height of 6 ft. and weighs 75 kg. Also, he has green eyes and brown hair.

Other information regarding his body measurements, shoe size, dress size, etc. are not available.

To know more about Cody Deal, Don Mitchell, and Jamal Woolard, please click on the link.