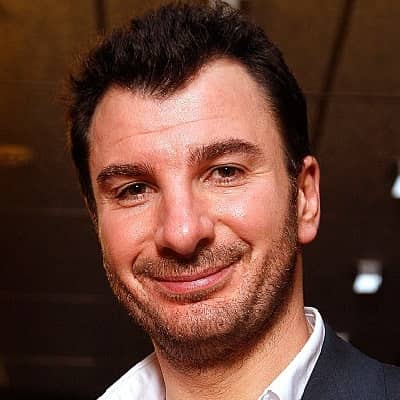 Previously, he was in a relationship with Juliette Arnaud, a French actress from 1998 to 2004.

Likely, Michael has been engaged to Elsa Pataky in 2004. Elsa is a Spanish Actress. But the couple got separated in 2006.

Then he was in relationships with Isabelle Funaro, a French actress in the year 2005.

Who is Michael Youn?

Michael Youn is one of the well-known names of the entertainment industry. He is a French actor and a television personality.

Michael is also known as a singer and comedian. He is famous for appearing in the movie, Fatal in 2010 and producing Vive la France.

Michael was born on 2 December 1973 in Suresnes, France. His birth name is Michael Benayoun. The name of his parents and sibling are not disclosed.

He holds French nationality and is of Indo-European ethnicity. He went on stage at the age of three and took piano lessons at the age of 5.

Michael studied preparatory economic and commercial class at the Notre-Dame de Sainte-Croix high school in Neuilly. Then he joined the SKEMA Business School and graduated in 1996.

Further, he takes radio lessons at the Studio École de France in Boulogne-Billancourt. And also he learned theater at Cours Florent in Paris.

From 1998 to 2000, Michael Youn hosted the Skyrock morning news Then he hosted the Morning Live for two years from 2000.

After that, with Vincent Desagnat and  Benjamin Morgaine, he creates the Bratisla Boys. It was a group of sailors reconverted in the song and from an imaginary Eastern European country called “Slovakistan.” In 2002, they released an album and their flagship song “Stach Stach” which receives so much success. But the group broke in 2003.

Michael started his acting debut from the film La Beuze. Between 2002 and 2003, Michael Youn performed on stage with his show, “Pluskapoil”.The comedian then plays in “The 11 commandments” in 2004.

The same year, the actor created a parody of a rock group with Les Connards, then set up at the end of 2006 a parody of hip-hop group,  Fatal Bazooka. with Vincent Desagnat and Benjamin Morgaine.

The first single “Fous ta cagoule“, inspired by a sketch from “Morning Live“.

The same year, the singer continues the successes with “J’aime trop ton boule”, “Tranknement”, “Parle à ma main” with the participation of Yelle, and “This morning is going to be a pure evening”. He also plays his first dramatic role in “Héros”.

In 2010, it was the release of “Fatal“, his first production, in which he played Fatal Bazooka, a character created in 2002.

In 2013, the actor released his second film as a director, entitled: “Vive la France“.

Being one of the successful personality, his net worth is said to be around $1 million. Other information regarding her cars and salary is not available.

The actor doesn’t share much about his personal life. And so, his name is out of all the rumors and controversies.

Michael Youn stands with a perfect height of 5 feet 9 inches and a decent weight. He is a brunette with hazel colored eyes.

Also, get to know about Christopher James Evans, Raquel Pomplun, and Denim Richards.