Actor Michaela Conlin is married and a mother of one.

Michaela Conlin is married. She has a baby boy Charlie born on 2nd March 2019. She revealed about her baby on her social media handle IG in June 2019 captioning,

However, she has kept her marriage and husband’s details secret.

Previously, she dated T.J. Thyne and engaged in 2007 after a year of the relationship. Then, they welcomed a son, Michale Vincent on May 19, 2011, but called off their engagement in late 2011. She is currently residing in her house in Los Angeles.

She also had an affair with an Icelandic football player, Arnar Gunnlaugsson. 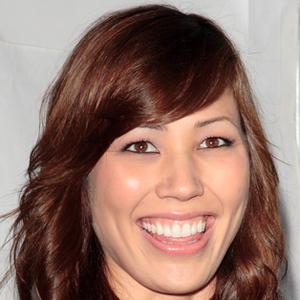 “Hart Hanson is one of the coolest, smartest producers I've ever worked for. He's very open to ideas, he says no when he should, he says yes when it would work for the show.”

Who is Michaela Conlin?

Michaela Conlin is an American actress who is best known for her role as Angela Montenegro in the comedy-drama ‘Bones’.

She is also famous for her performances in ‘Enchanted’, ‘The Lincoln Lawyer’, ‘The Disappointments Room’, ‘JAG’, etc.

Michaela Conlin was born on June 9, 1978, in Allentown, Pennsylvania, USA. She is currently 43 years old. Her mother’s name is Denise Conlin(accountant) and her father’s name is Fran Conlin(contractor).

Her father belongs to Irish descent whereas her mother is Chinese. She has an older sister who is an important source of inspiration for her.

Her hobbies include traveling, tasting a variety of food, shopping, and hanging around with friends.

Conlin holds American citizenship and her ethnicity is a mix of Chinese and Irish.

Conlin attended Parkland High School and graduated from there in 1996. During her time in high school, she starred in ‘The Crucible’ and ‘Bye Bye Birdie’.

After that, she shifted to New York and joined New York’s University’s Tisch School of the Arts and graduated from there with a Bachelor of Fine Arts degree in Theater.

Michaela Conlin debuted her professional career at the age of 7. She started by appearing in several commercials and programs in Pennsylvania.

She debuted her silver screen in 2001 from the crime drama film ‘Love the Hard Way’ in which she appeared as Cara. Also, she debuted her TV career in the same year from the series ‘Law & Order’.

Conlin made her breakthrough from Fox’s procedural crime drama TV series ‘Bones’ from 205 to 2017 in which he appeared as Angela Montenegro. She shared the screen with David Boreanaz, Eric Milligan, and Emily Deschanel.

In addition, she appeared as Jules in the film ‘The Disappointment Room’ in 2016, Claire in the series ‘Casual’ in 2016, Sarah Nguyen in ‘Yellowstone’ in 2018, and many more.

It seems the actress of the film Bones’ has not been awarded and nominated in her work. We can hope that she will win awards and will make her fans happy as she is still active and focused on her career.

Michaela Conlin has an estimated net worth of around $4 million and she has earned that sum of money from her professional career. She is still active in her career and her net worth is expected to rise.

There was a rumor that she dated Iceland soccer legend Arner Gunnlaugsson in 2012 as they were spotted together but neither of them has talked about the rumor.